Although unmarked, the frog and bridge transfer can be reliably linked to Scott's Pottery c1850. 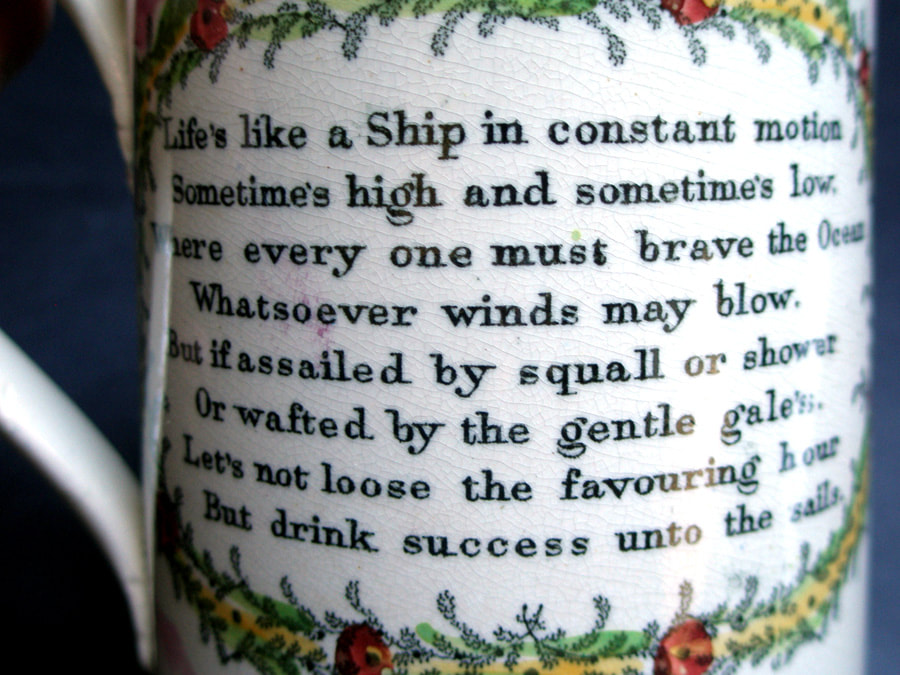 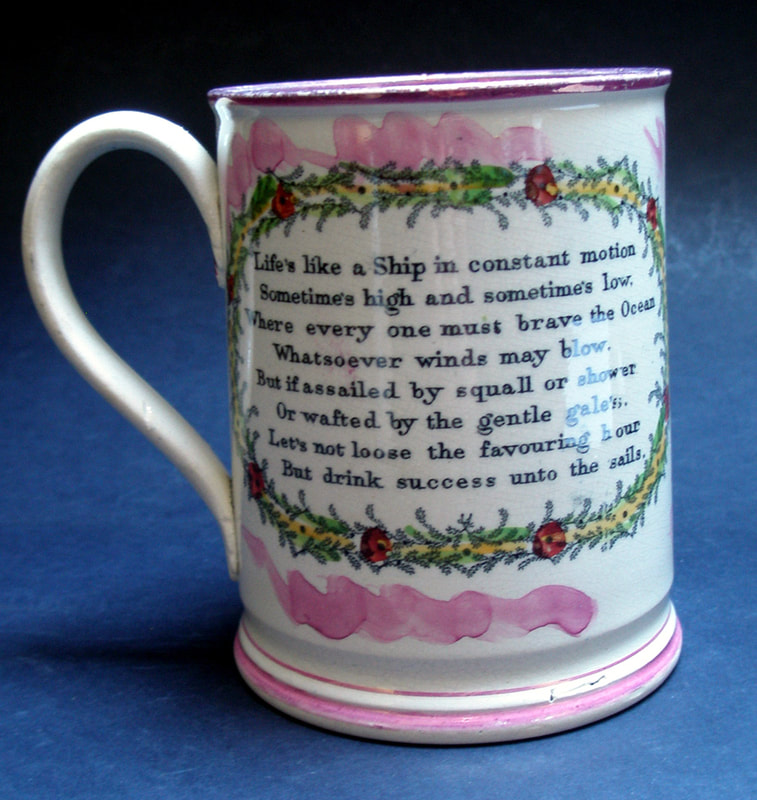 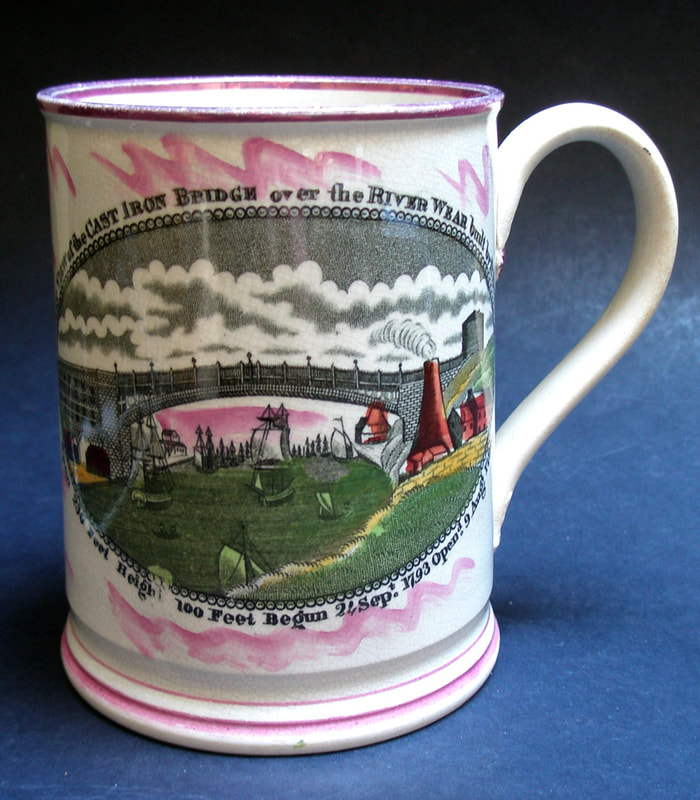 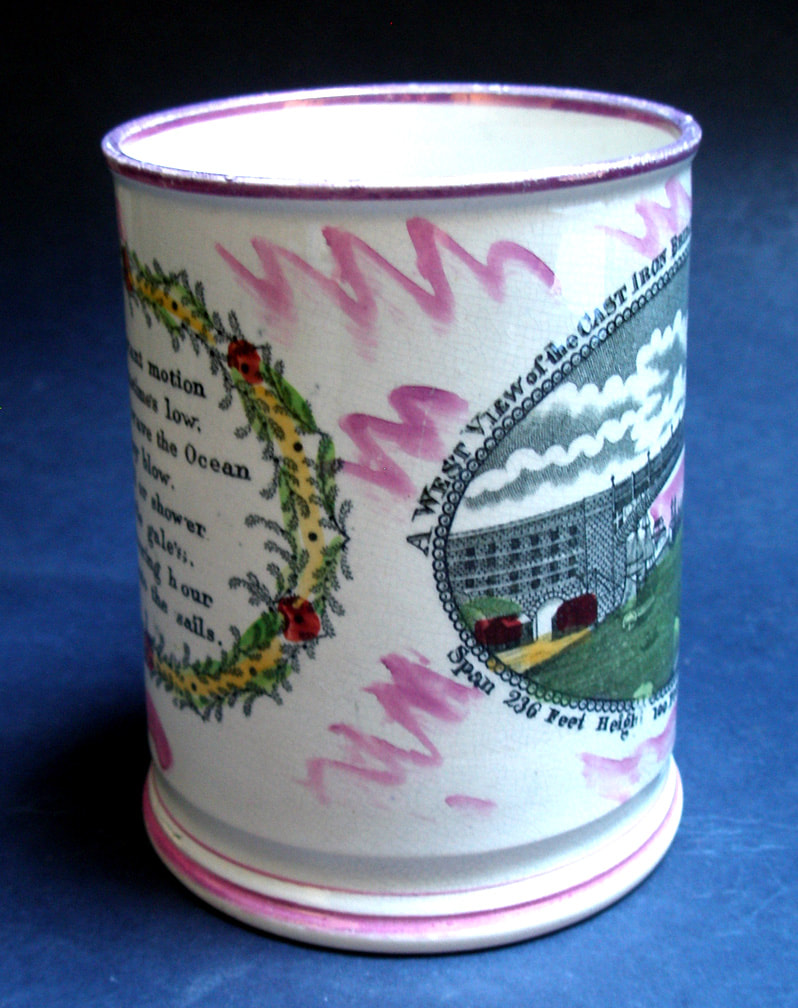 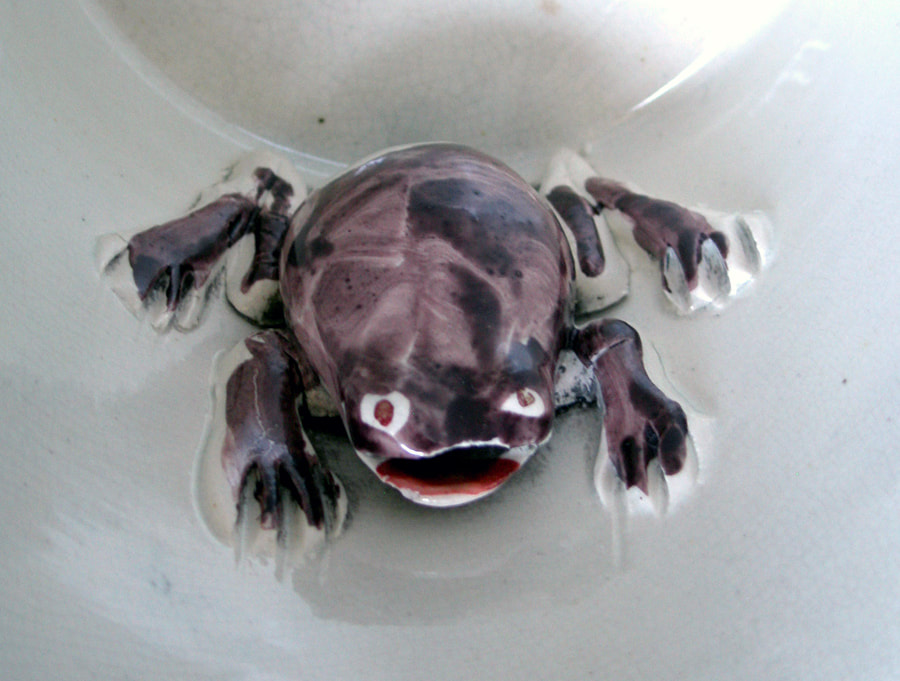 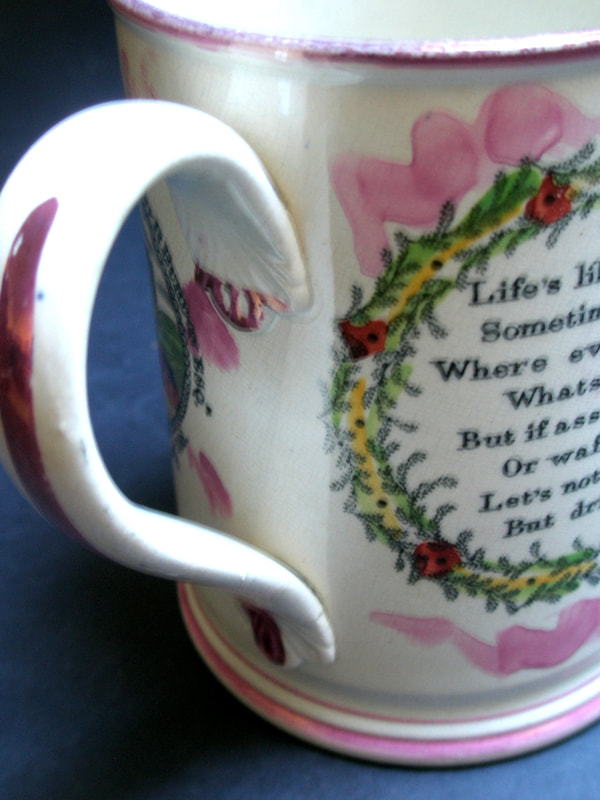 Below a large bowl, again unmarked, attributed to Scott's. 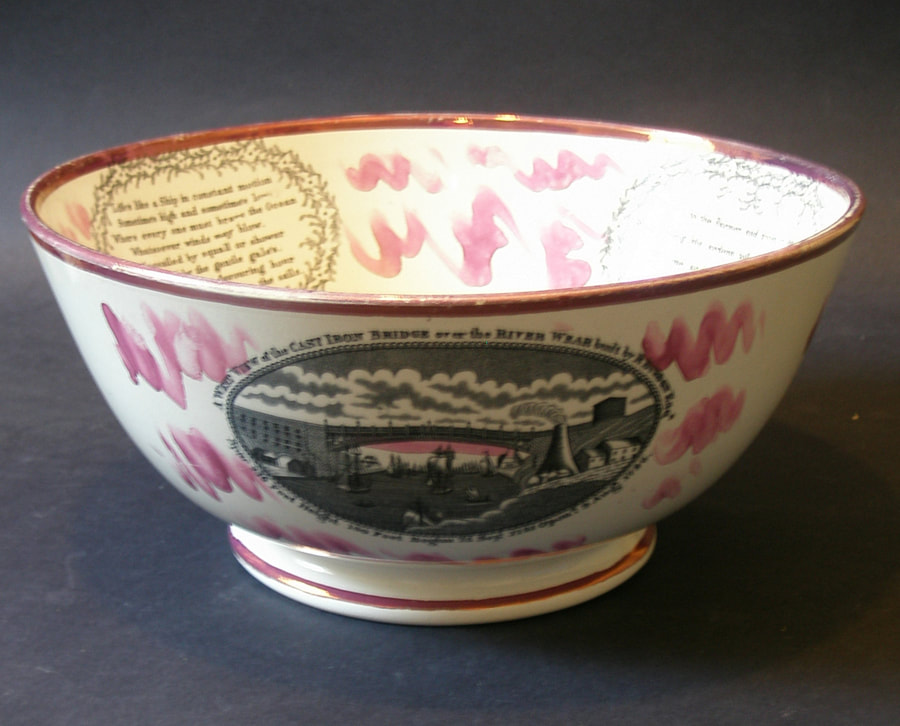 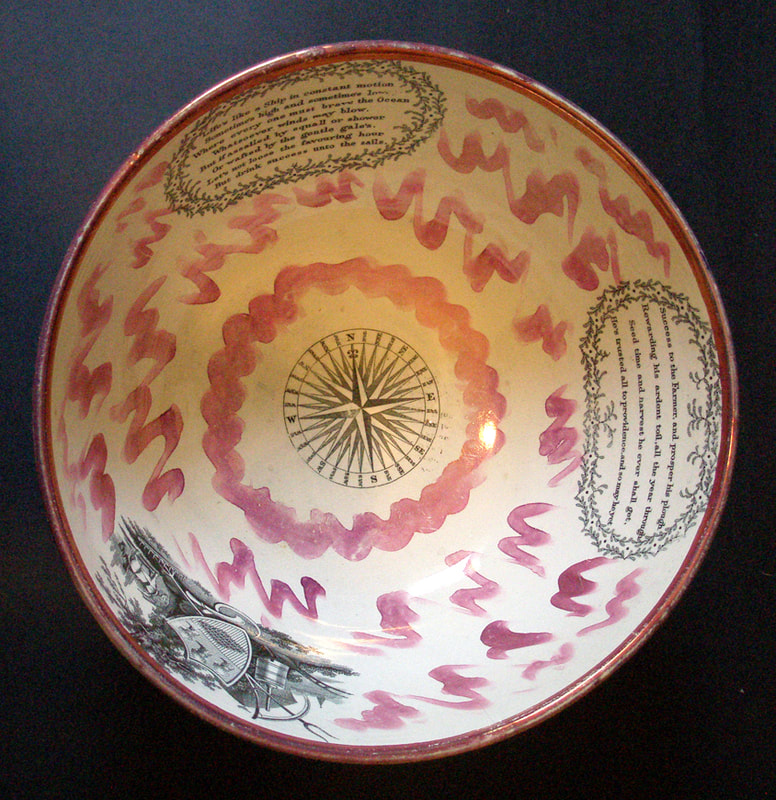 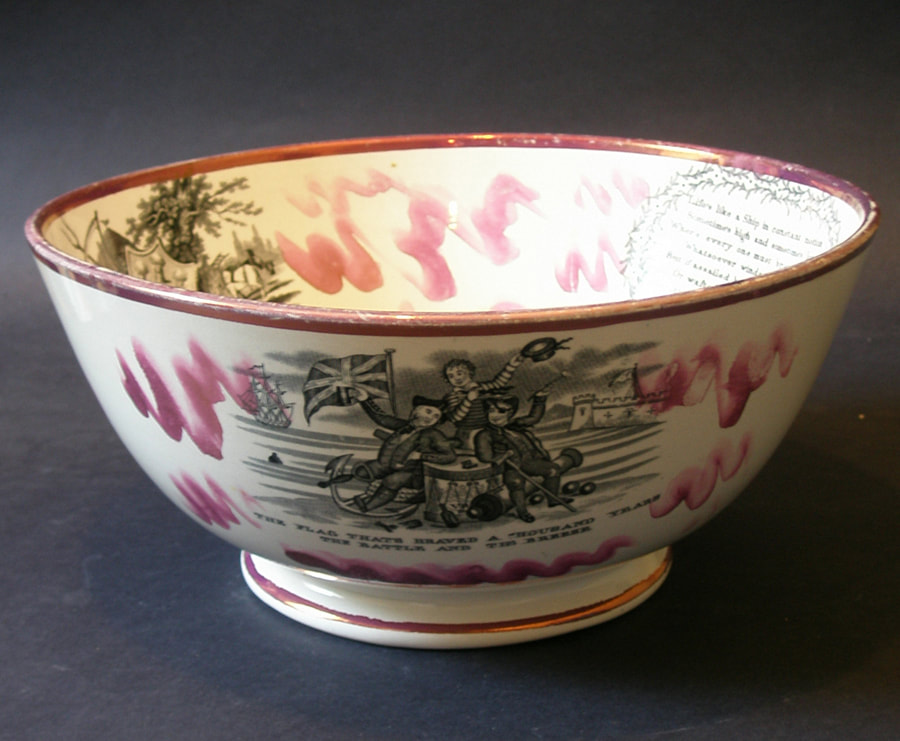 The Tyne versions have a ship above the verse transfer. 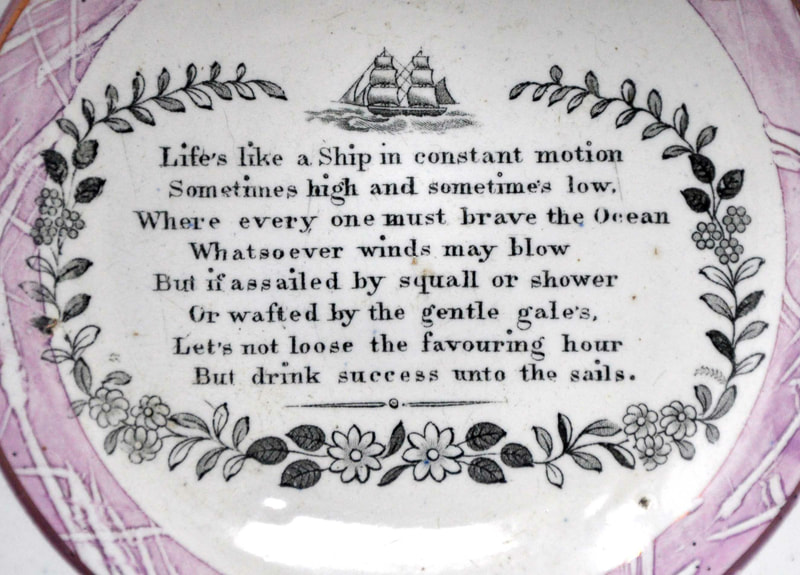 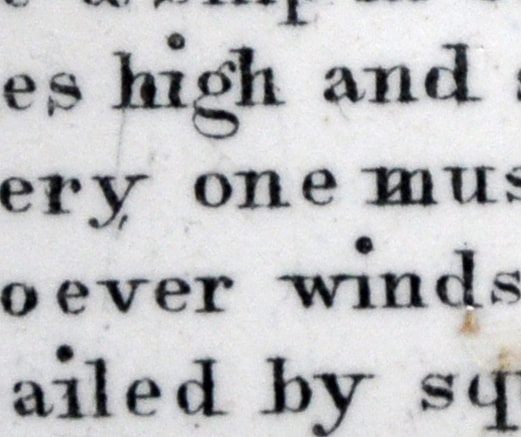 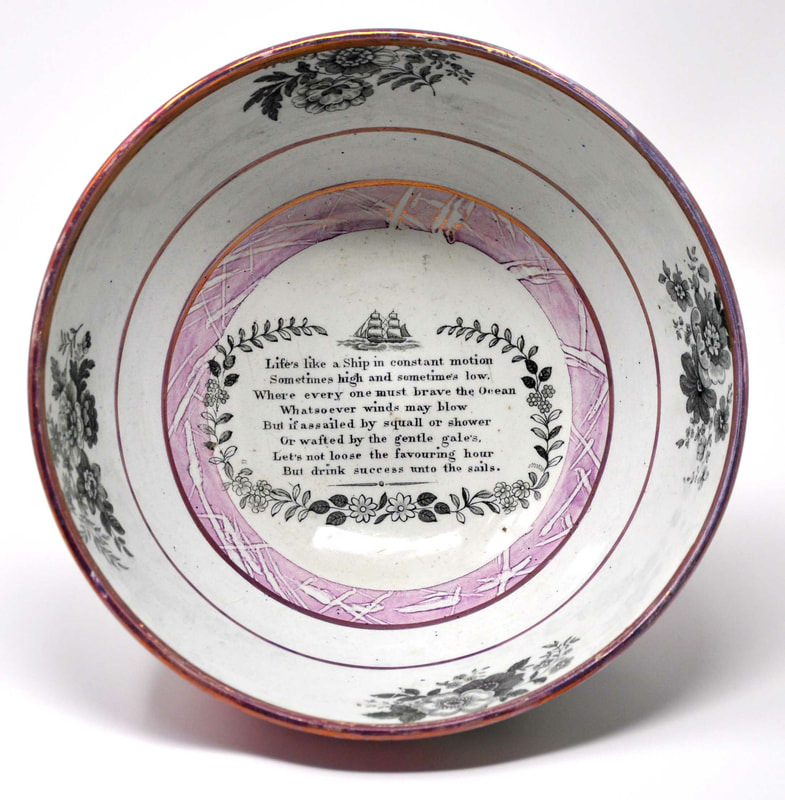 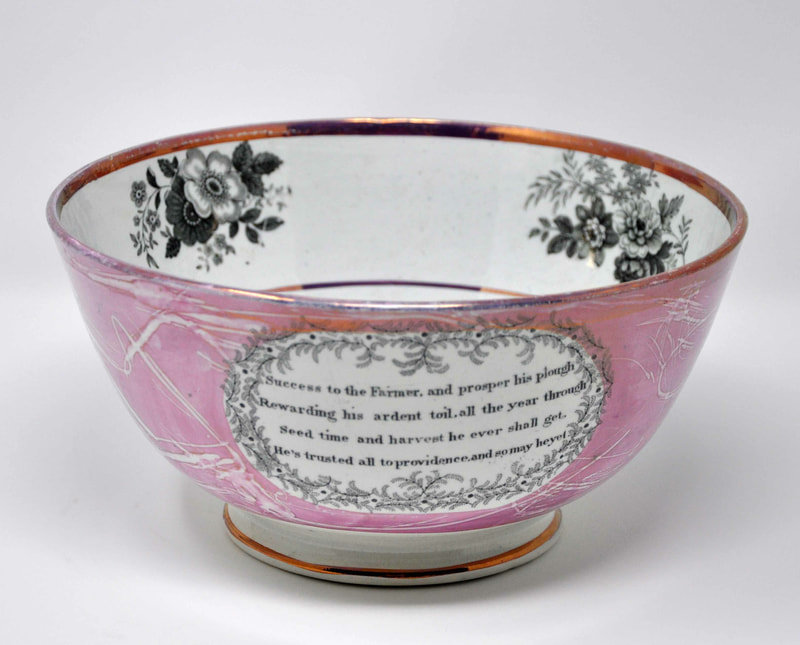 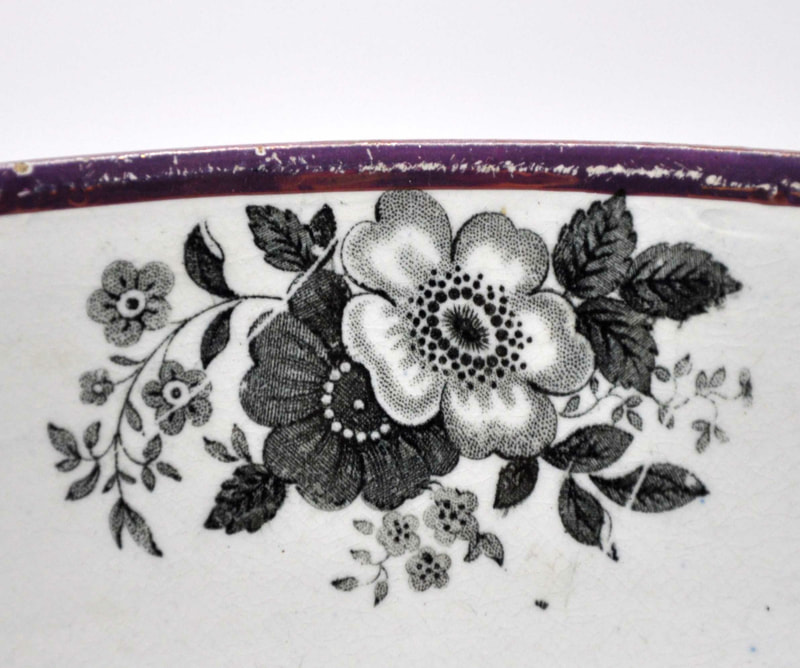 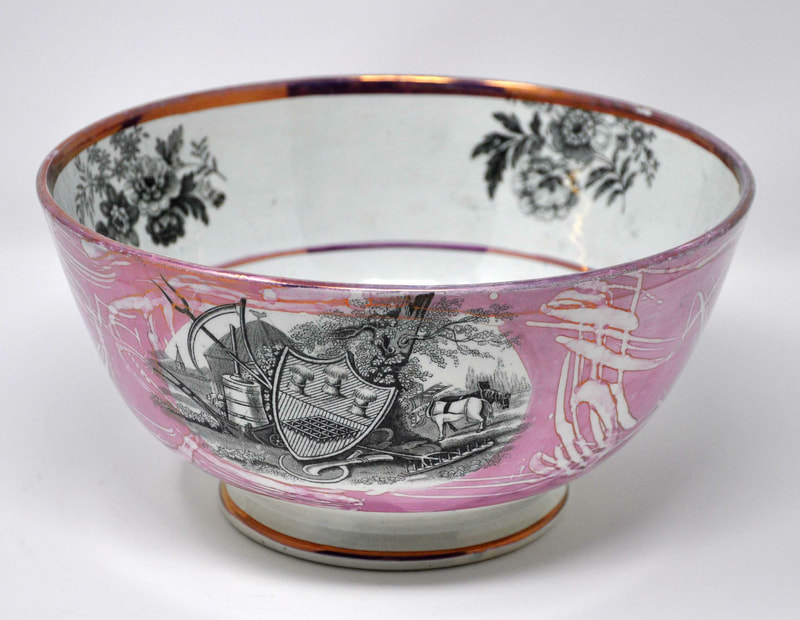 This bowl, although unmarked and undated, is finely potted and decorated, which suggests it was made in the 1840s.  The transfer has scratches (a diagonal mark to the right of 'every' and another inside the 'm' of 'must') that are found on the later frog mug below, reliably attributed to CT Maling.

This frog mug has a lustre inscription, in a hand associated with Maling items, dated 1856. 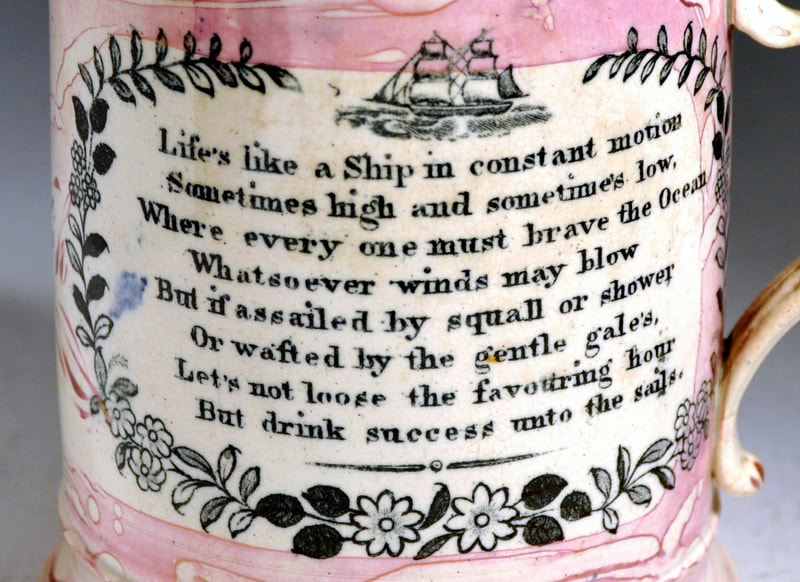 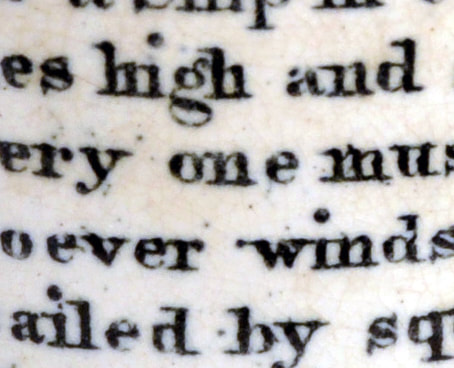 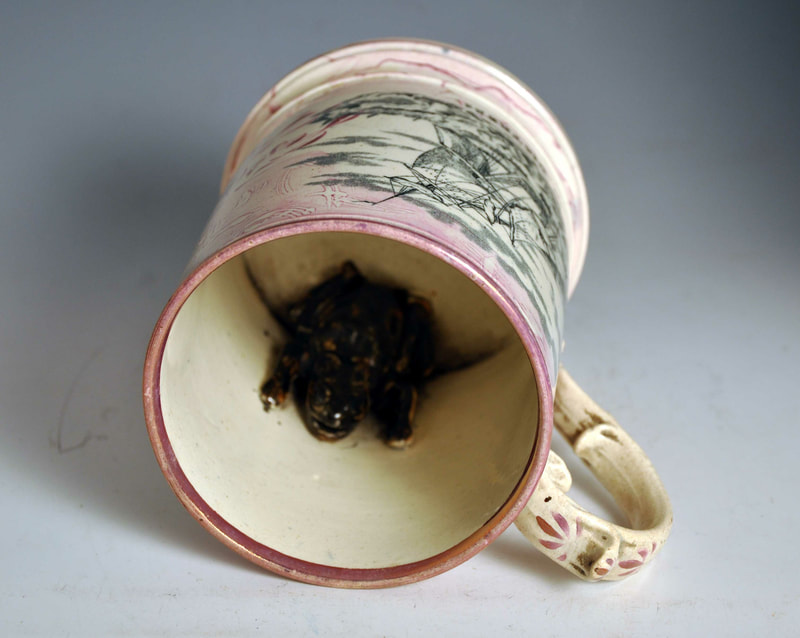 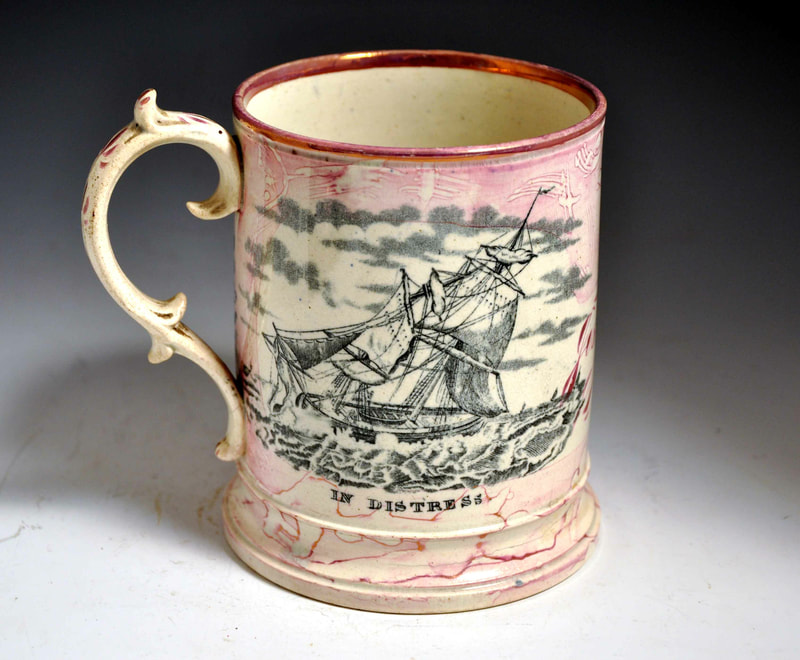 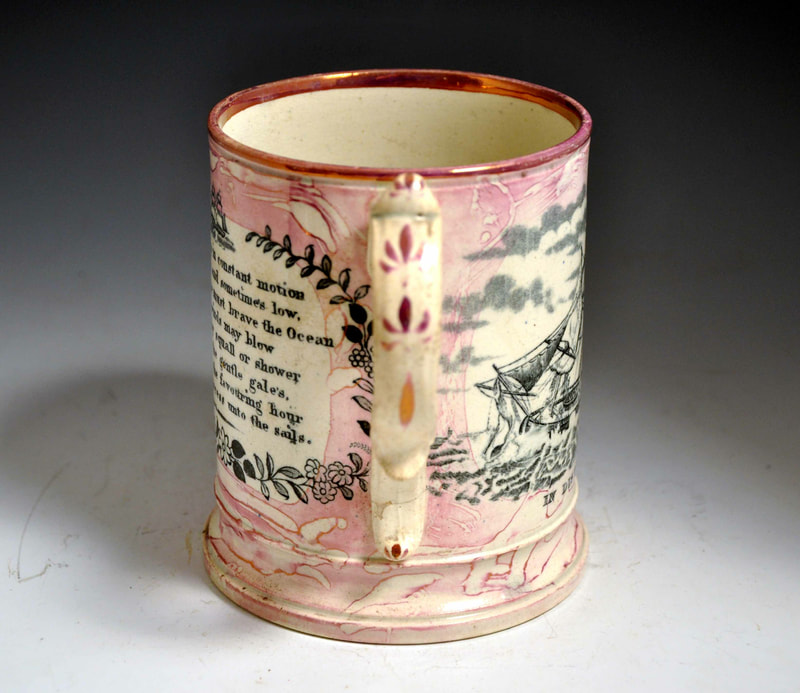 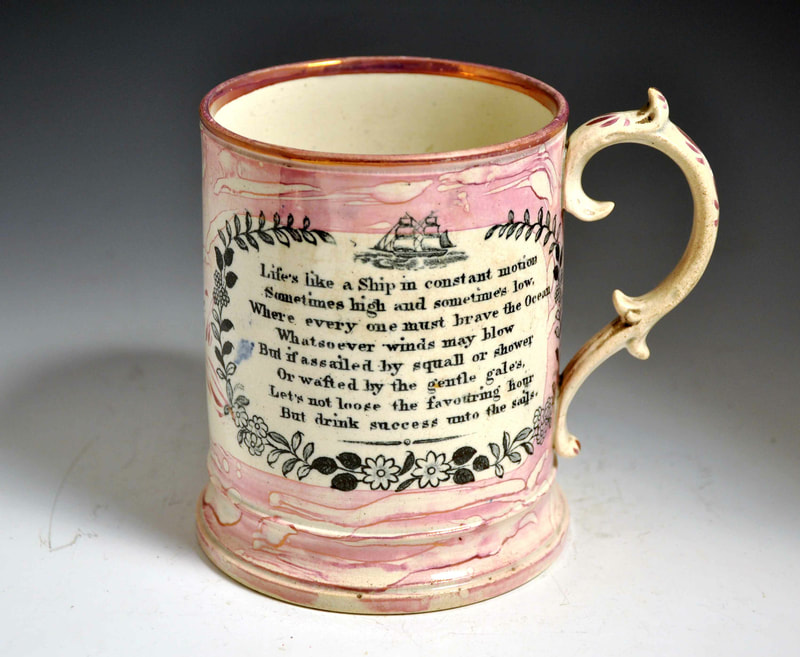 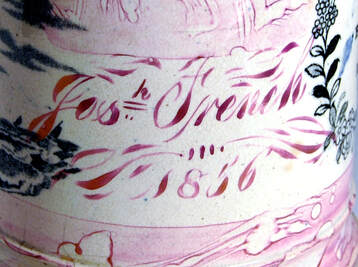 First row below, a very similar slop bowl, likely from the 1850s.  The rings inside are reminiscent of the bowl above. Second row, a larger bowl with transfers of steam ships. Finally, an eel pot with an unusual swan transfer on the lid. 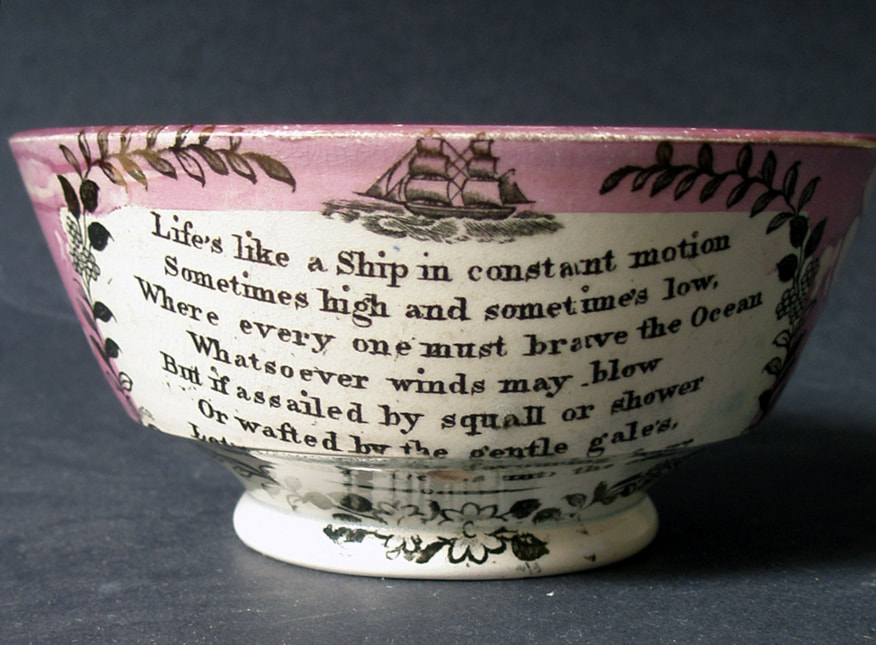 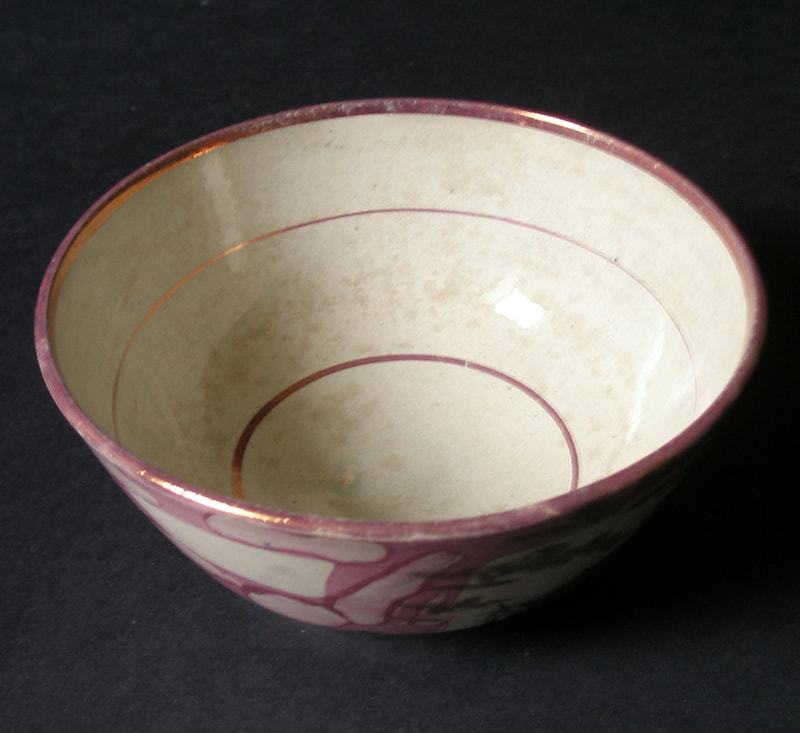 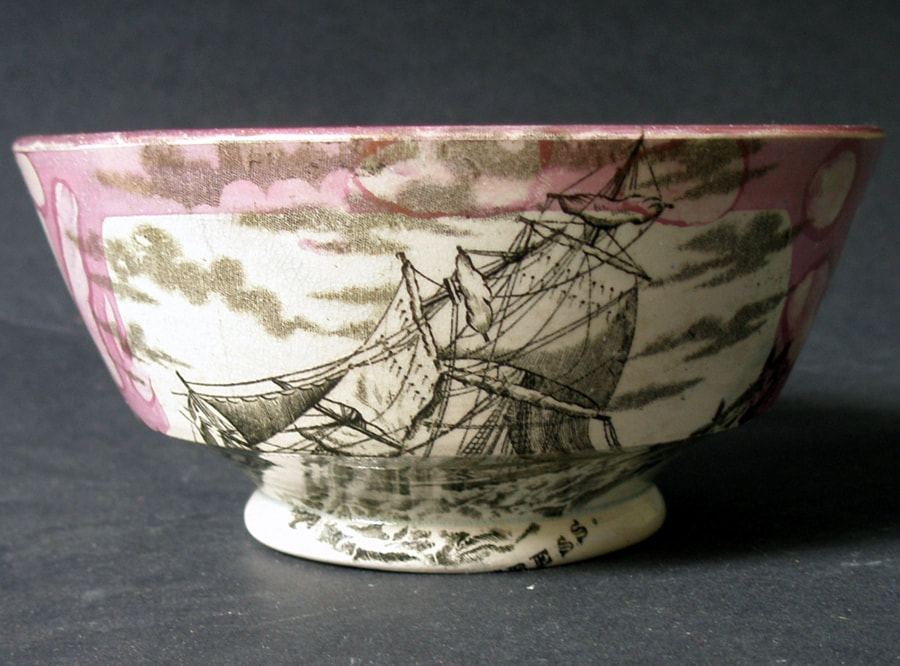 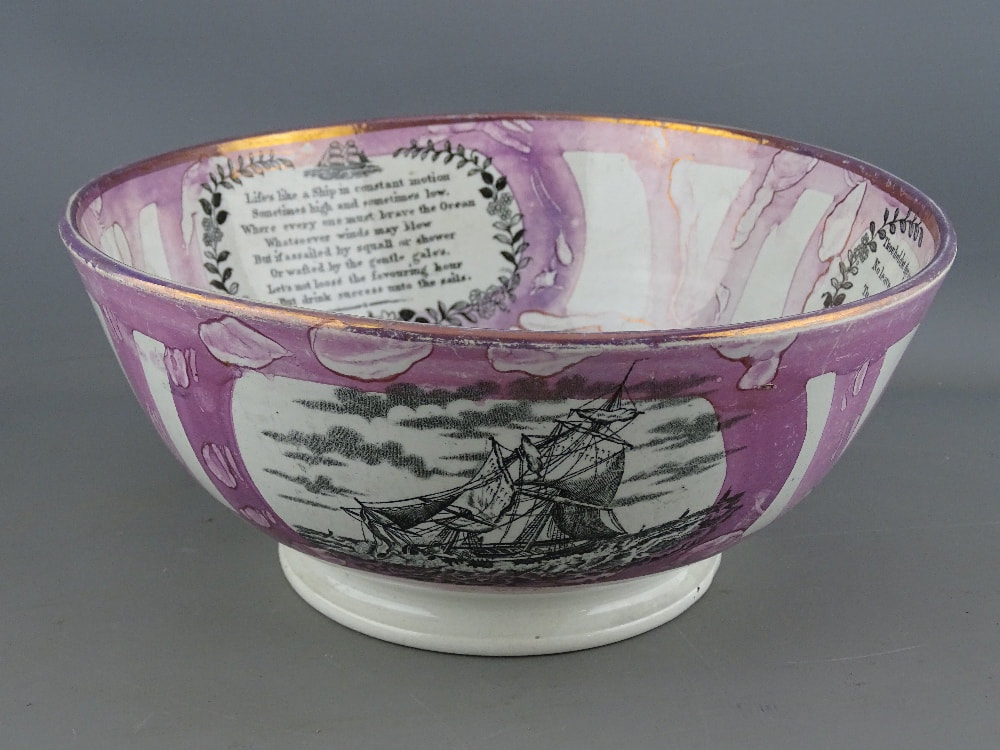 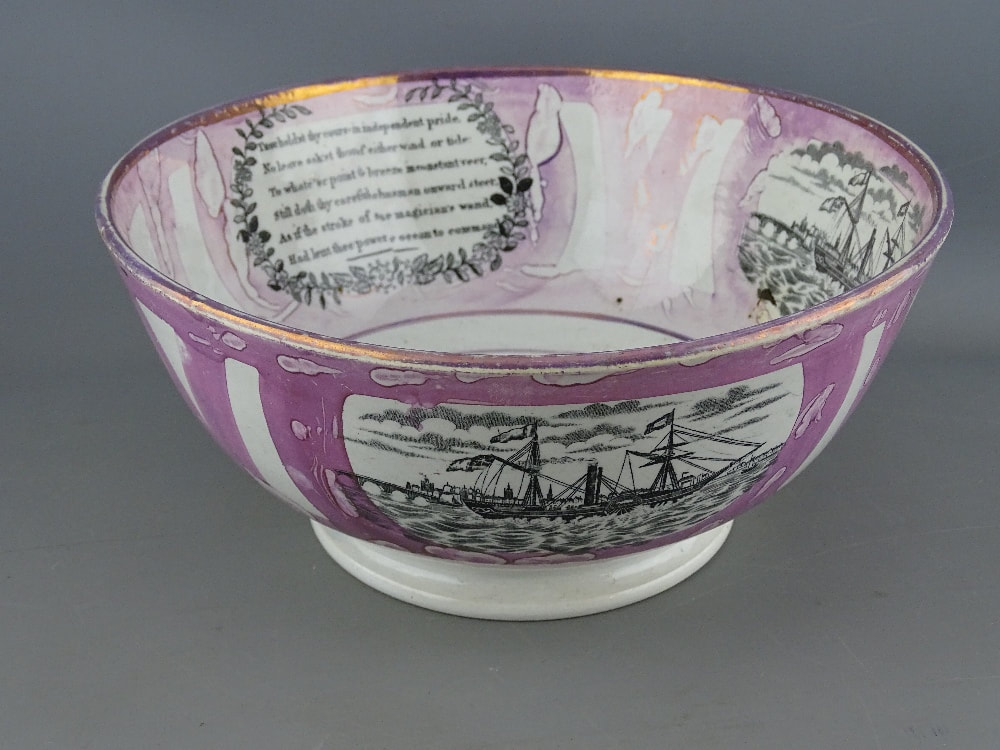 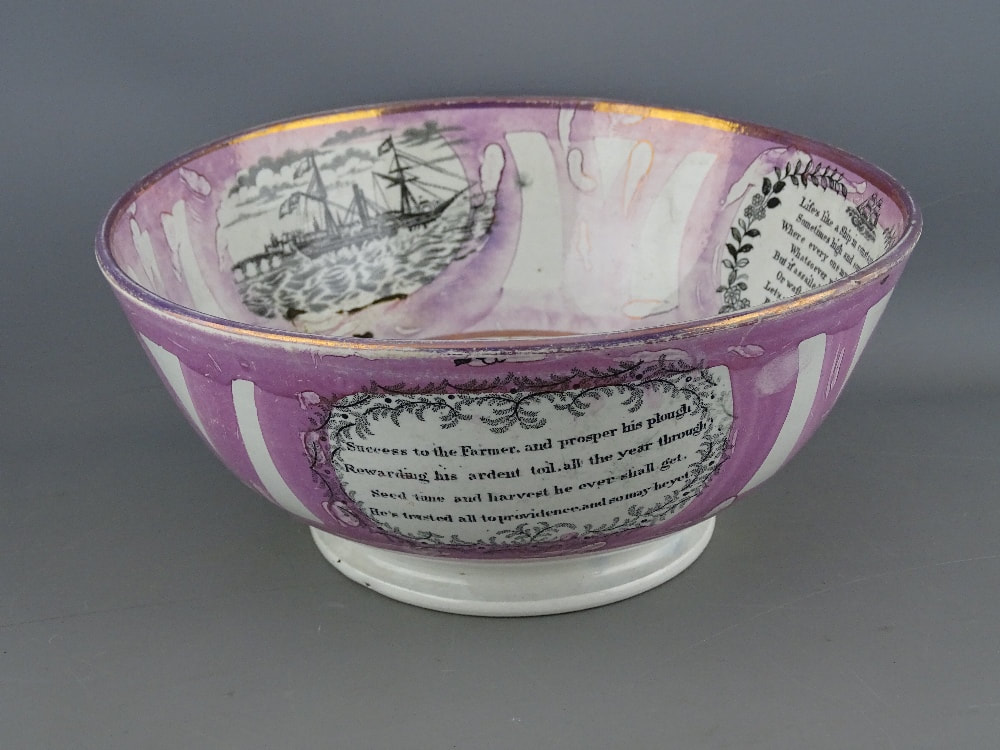 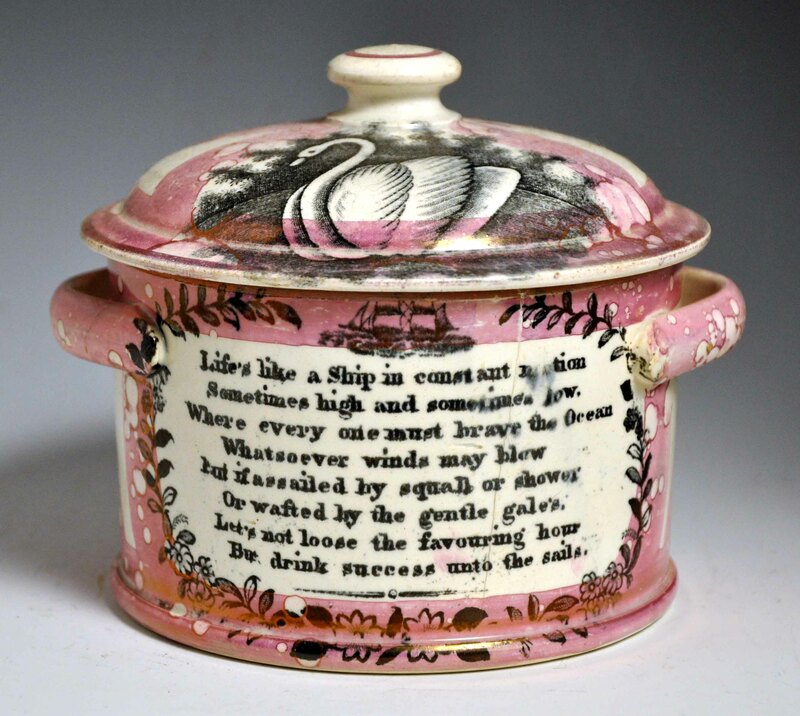 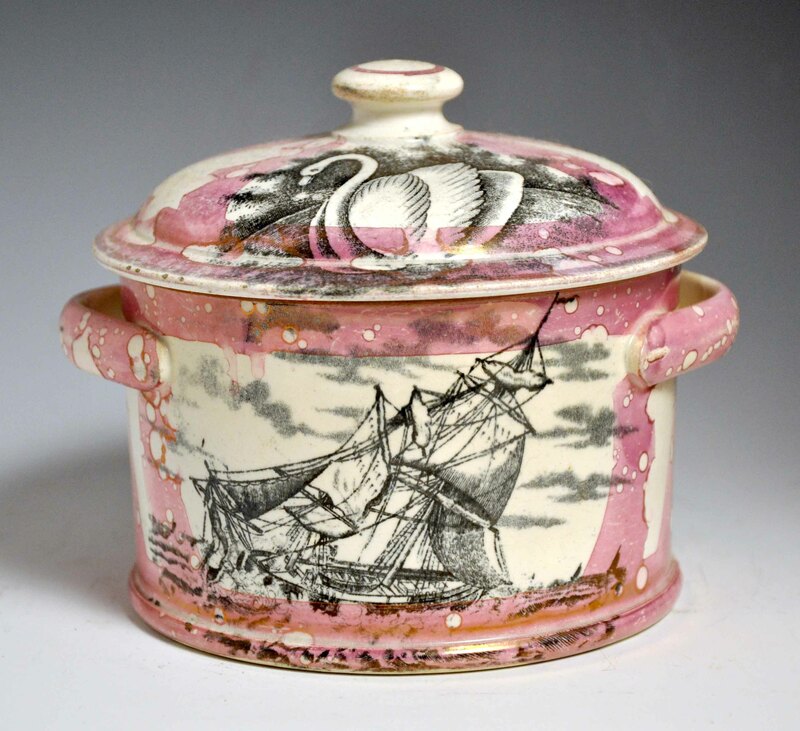