Photo Swan Fine Art
This is part of a copper transfer plate used by Scott's Pottery from the late 1830s onwards.  Originally there would have been 8 transfers (or thereabouts) on the same plate.  It is possible that the lower portion became scratched or damaged and it was trimmed down.  The copper plate appears to have been sold on to Ball's Deptford pottery (see the Distress me with those tears... page for a Ball example). 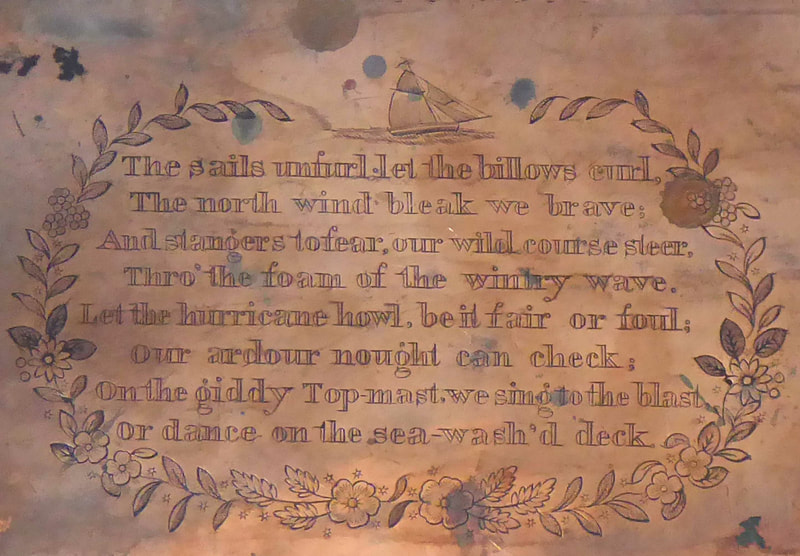 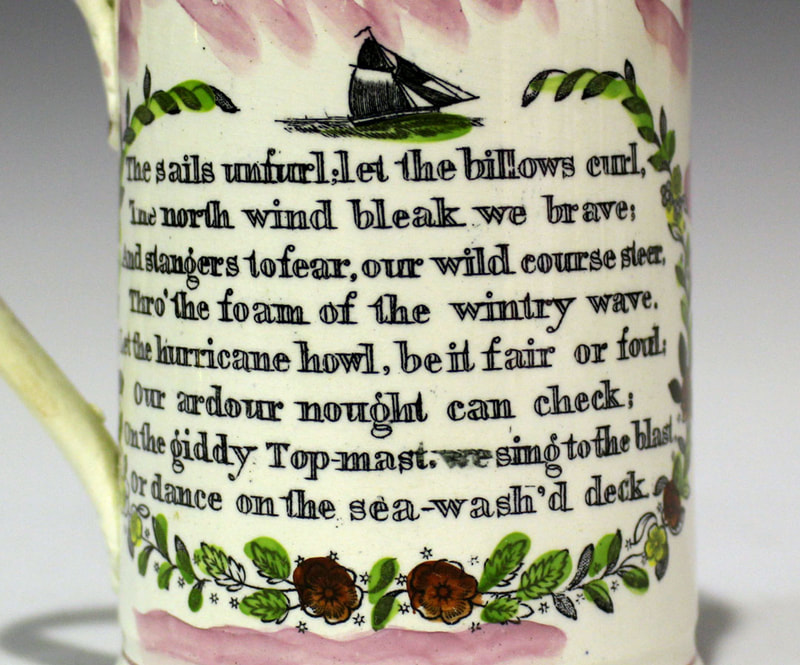 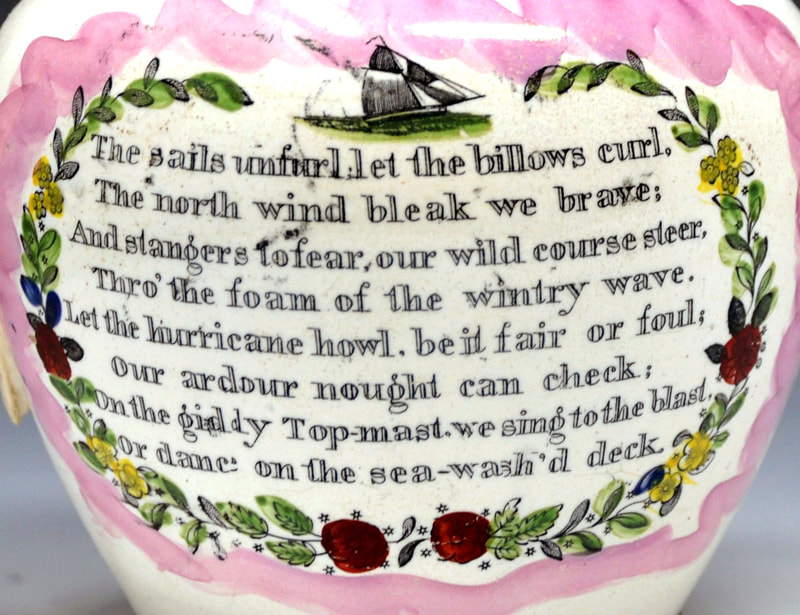 There are some marks around the words 'sing' and 'wash'd' that appear on both items below.  They are much harder to see on the transfer plate.  The frog mug is typical of Scott's from c1850.  Beneath it, a typical flower-collared jug of similar date. 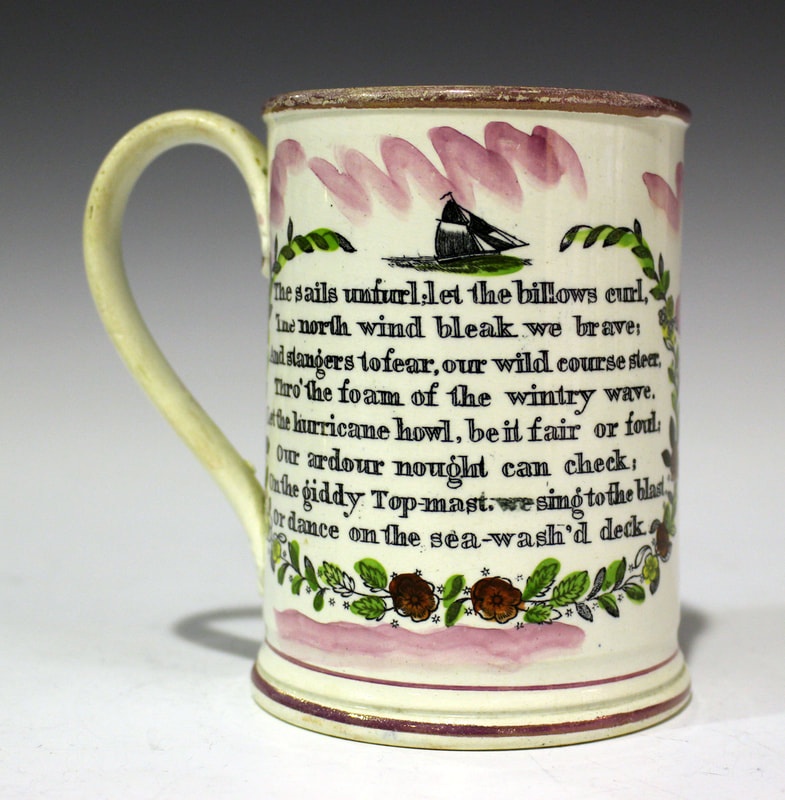 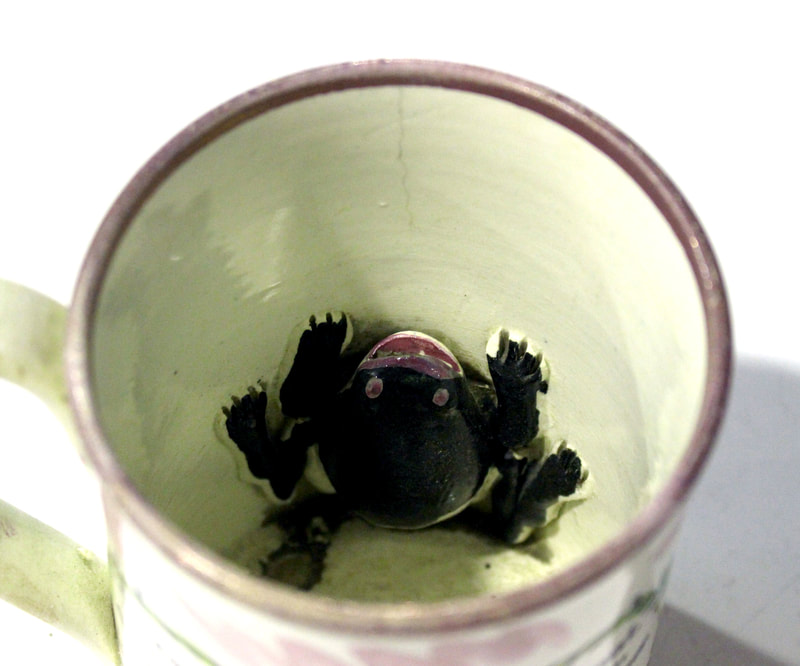 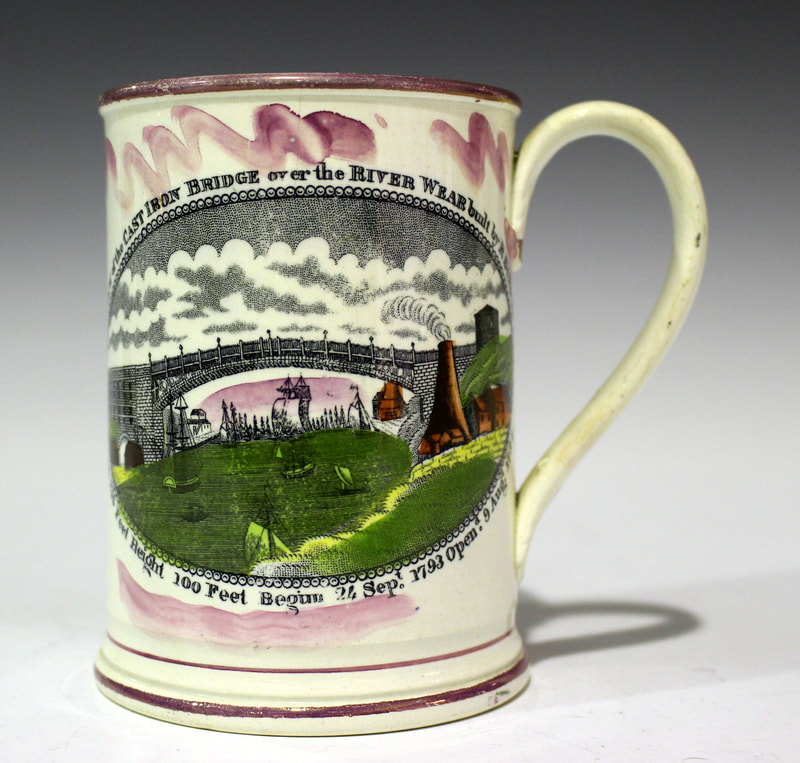 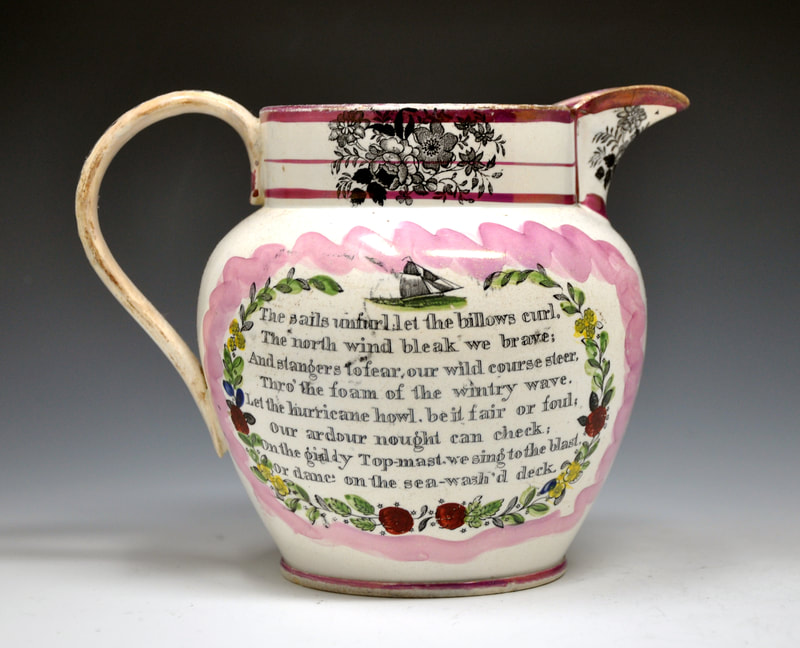 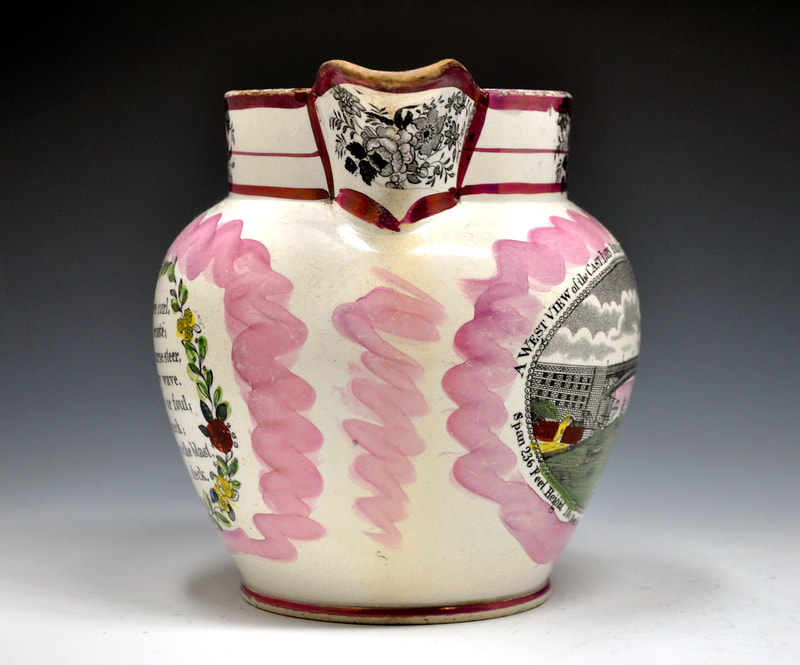 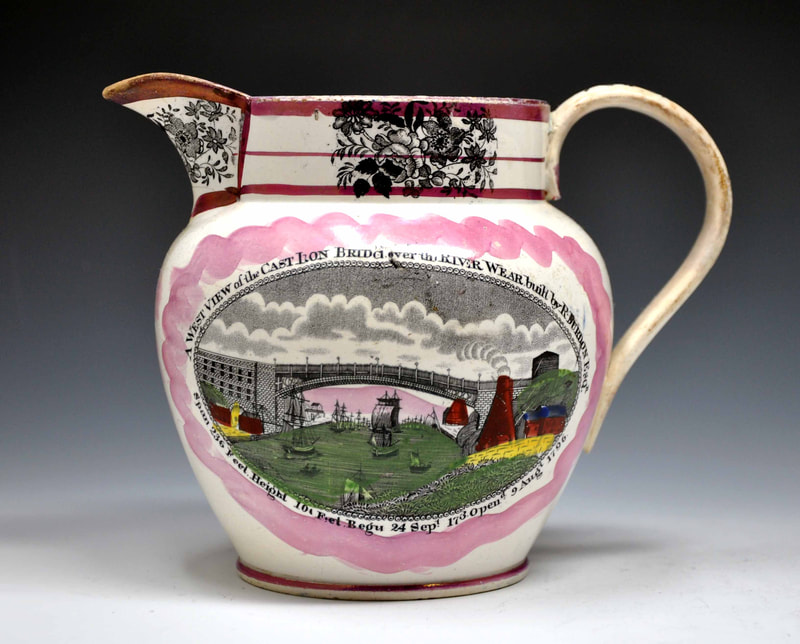 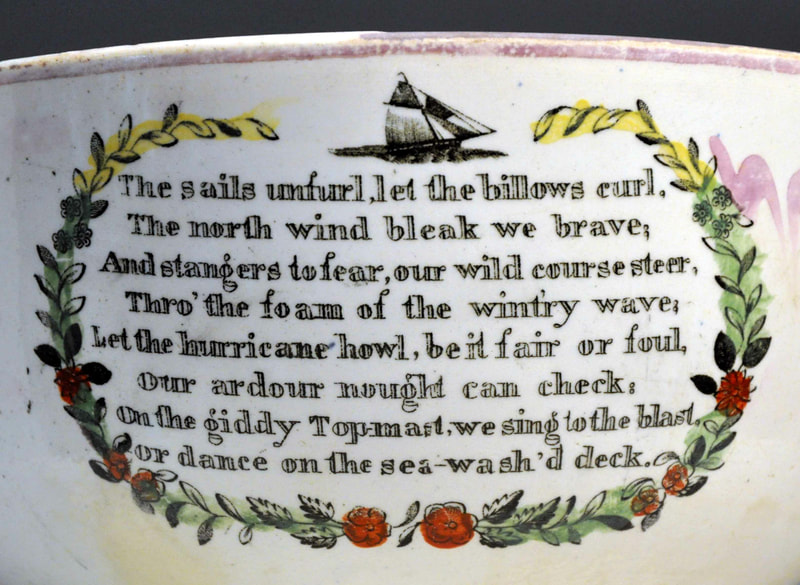 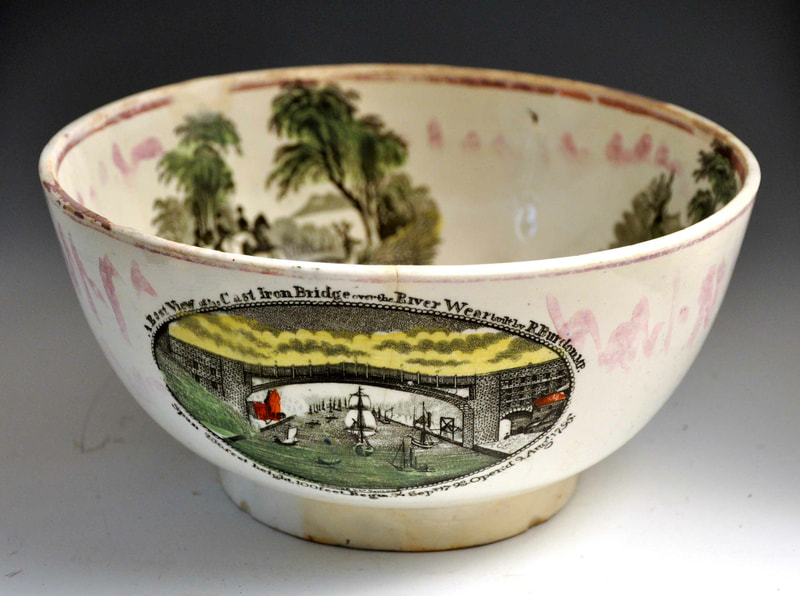 Moore's also made a version of the transfer, which was widely used on bowls. The bowl above, likely 1840s, has the Moore impress and transfers from the 'Sporting' series.  The bowl below, with a transfer from 'The Bottle' series, also dates from the 1840s.  The chamber pot is later, c1860. 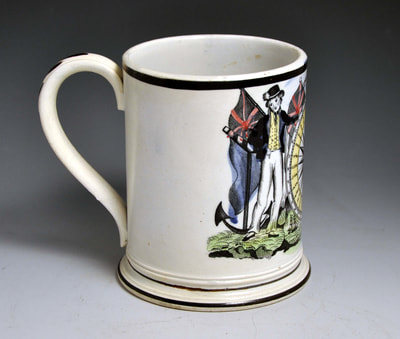 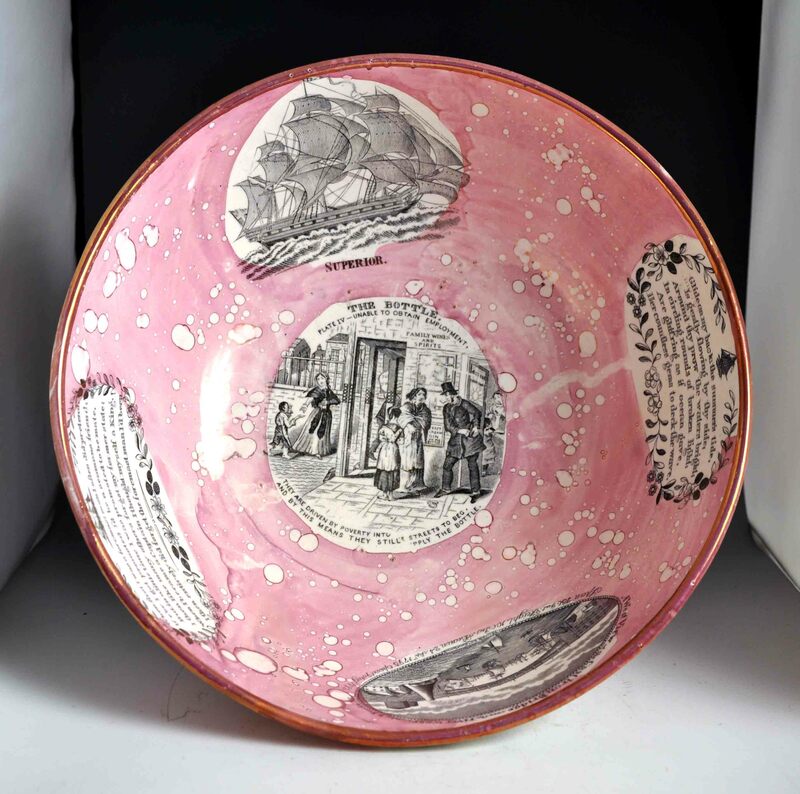 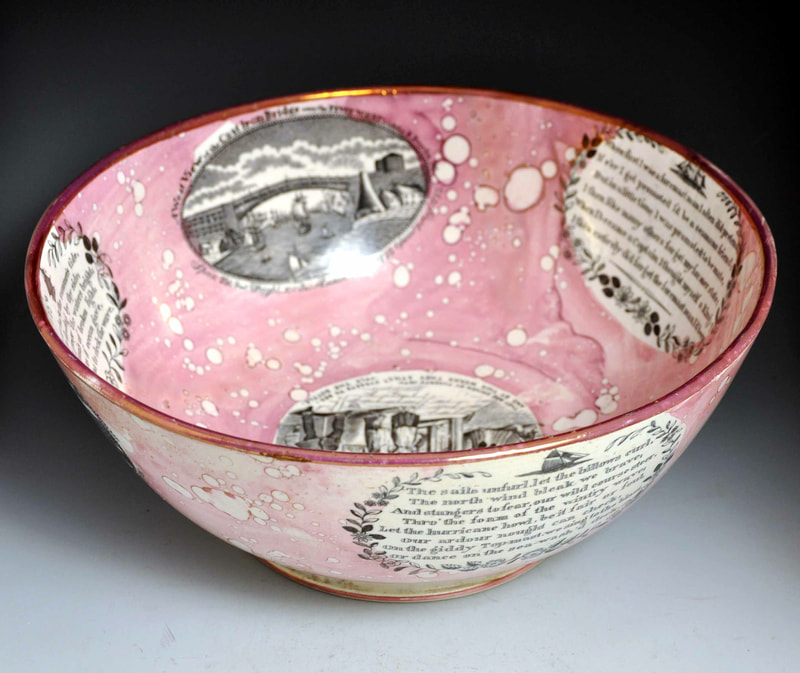 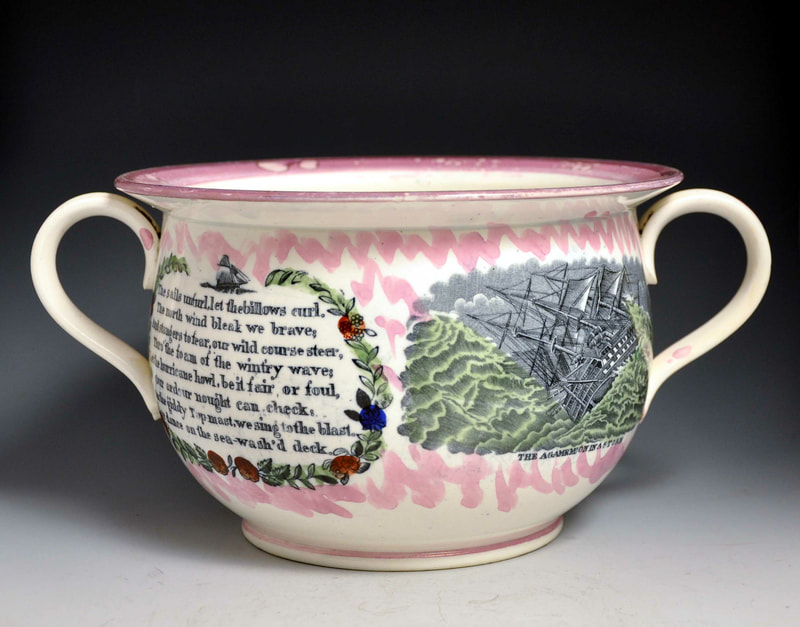 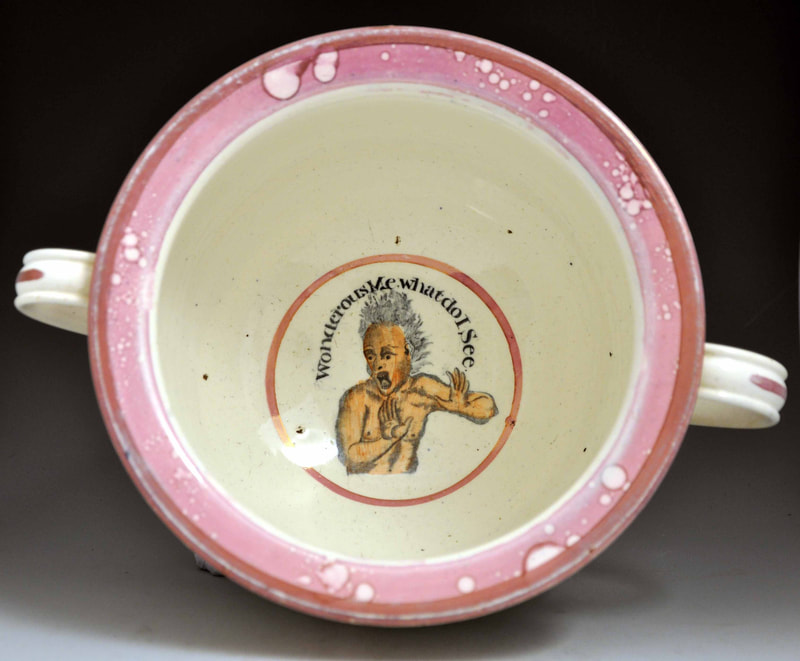 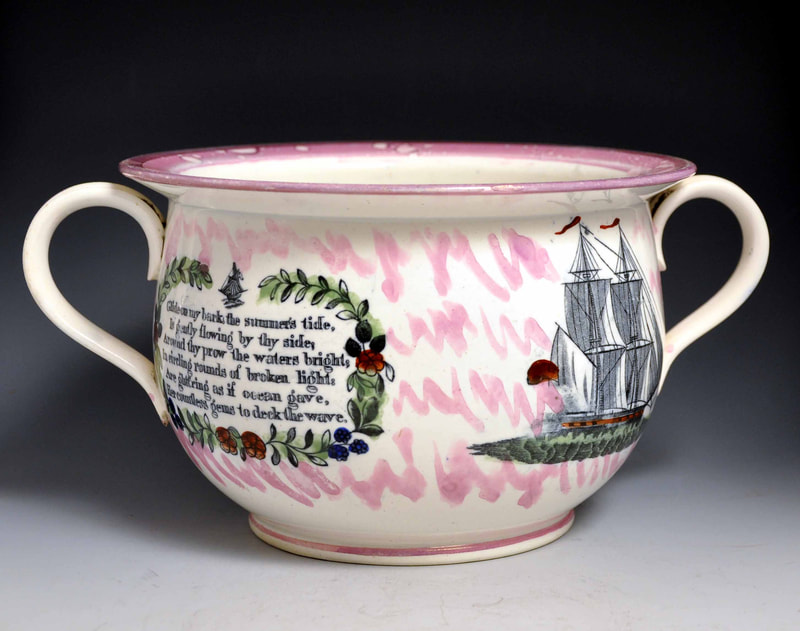 Attributed to Carr and Patton, or John Carr and Sons, North Shields

The lustre decoration around the collar is particular to North Shields, c1850.  See the Gardeners' Arms page for another similar jug. 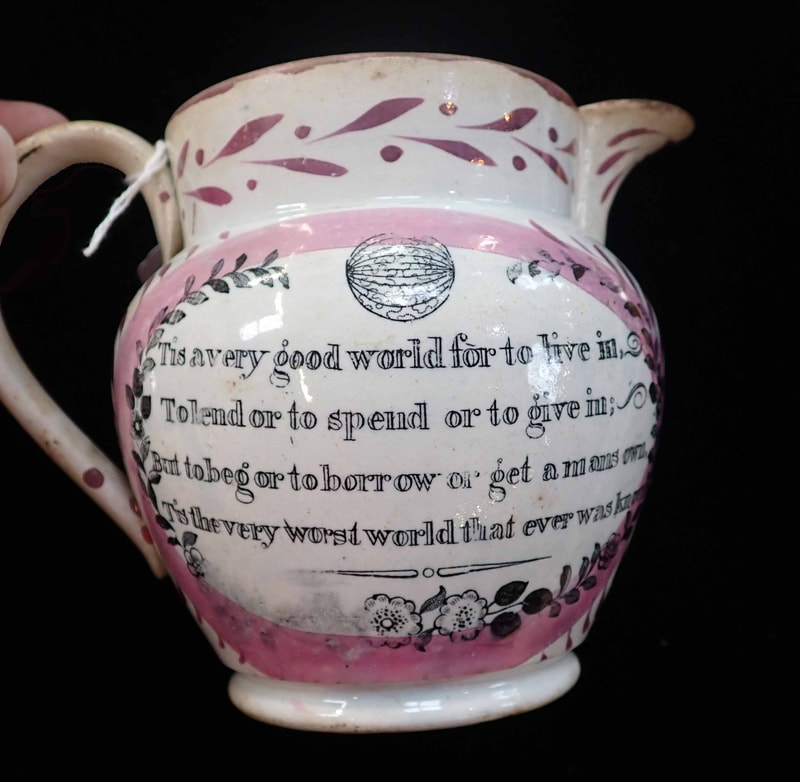 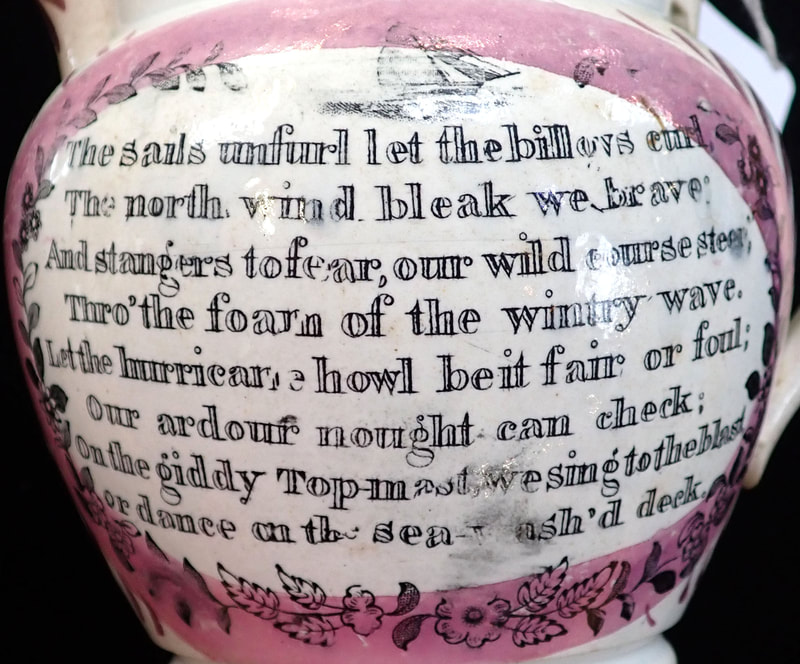 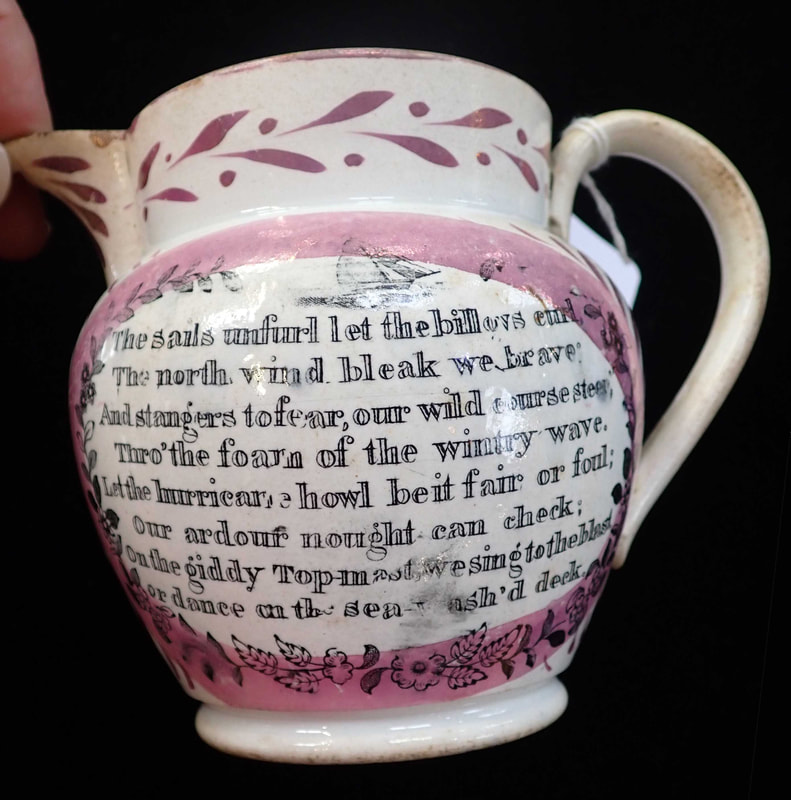