Success to the Coal Trade – Tyneside 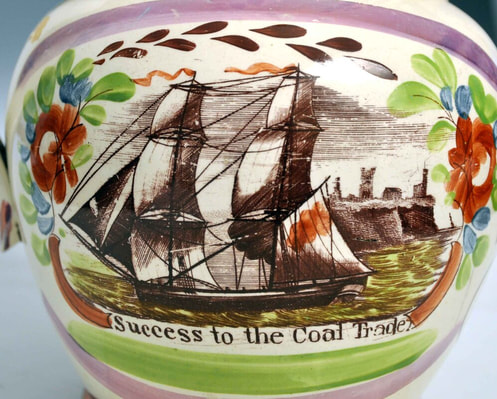 It is likely this transfer of Tynemouth Haven, with the Priory and lighthouse in the background, that has led people to believe that these items must have originated in nearby North Shields.  See the Robert Maling-attributed inscriptions page for more details regarding my attribution to Maling's Ouseburn Bridge Pottery.  My guess is that Maling commissioned local views of interest to the shipping trade, including Tynemouth Haven and the Cast Iron Bridge over the River Wear in Sunderland.

The whiter body of the second (larger) jug below perhaps suggests it was made closer to 1830.  It has the later, re-engraved, 'My Bonny Sailor' transfer. 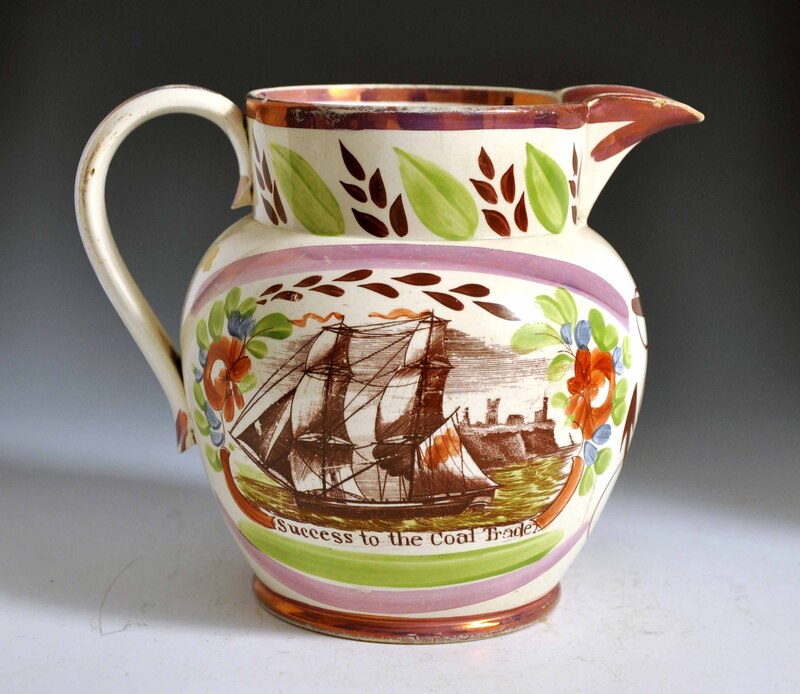 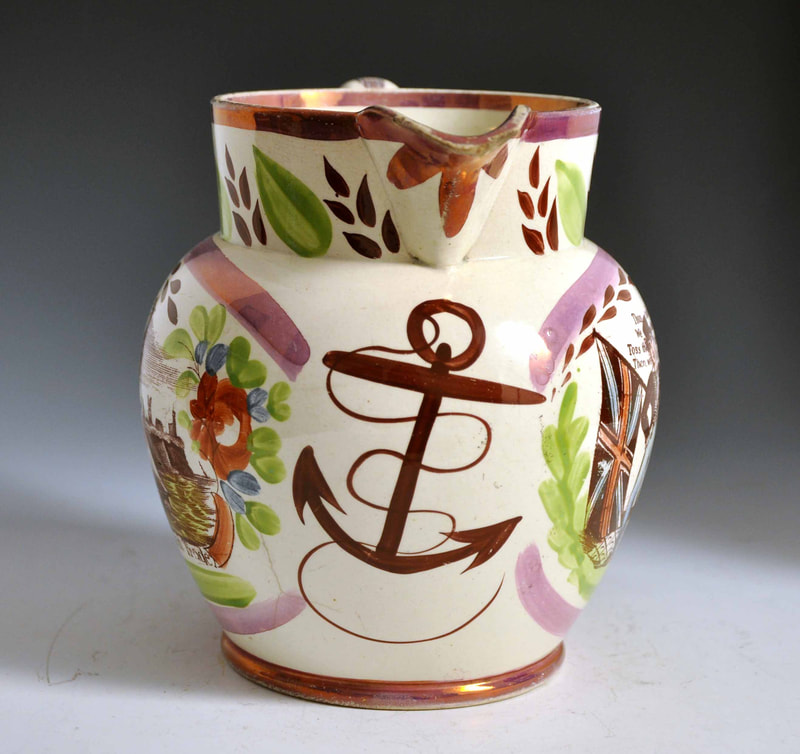 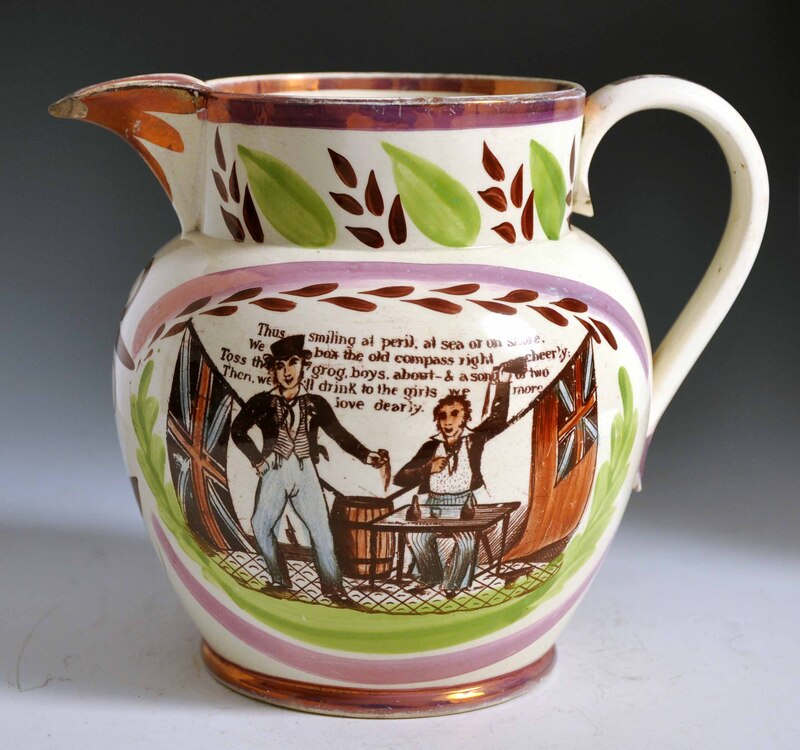 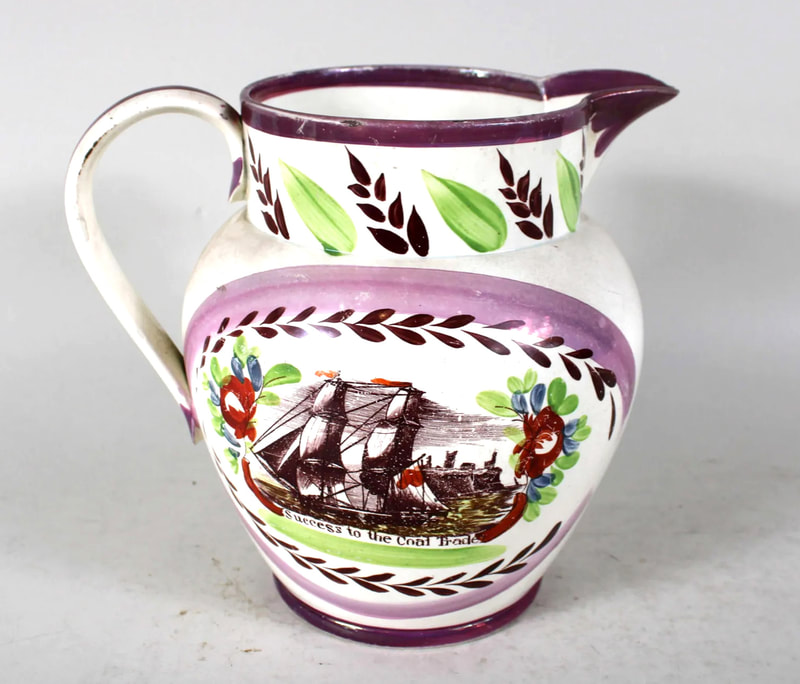 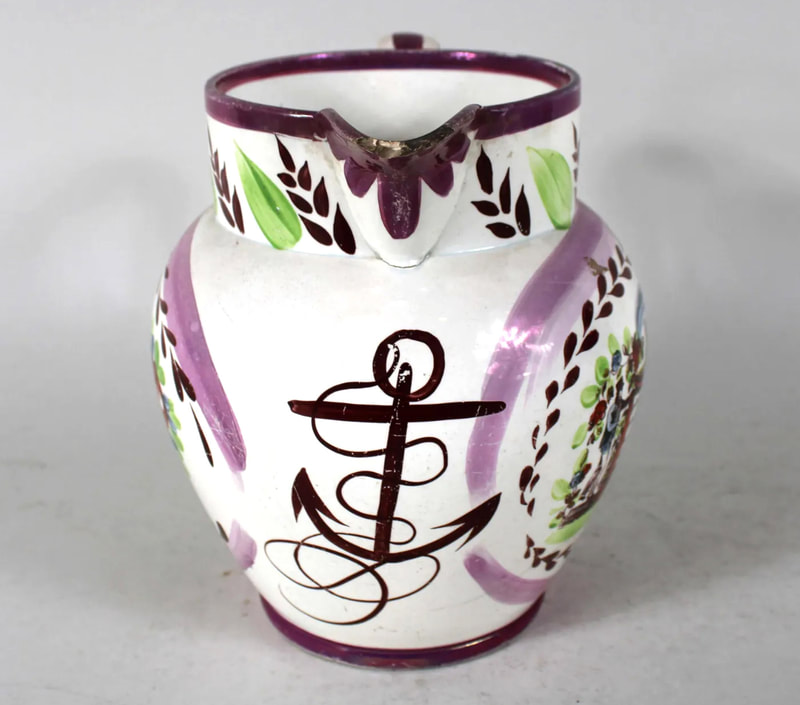 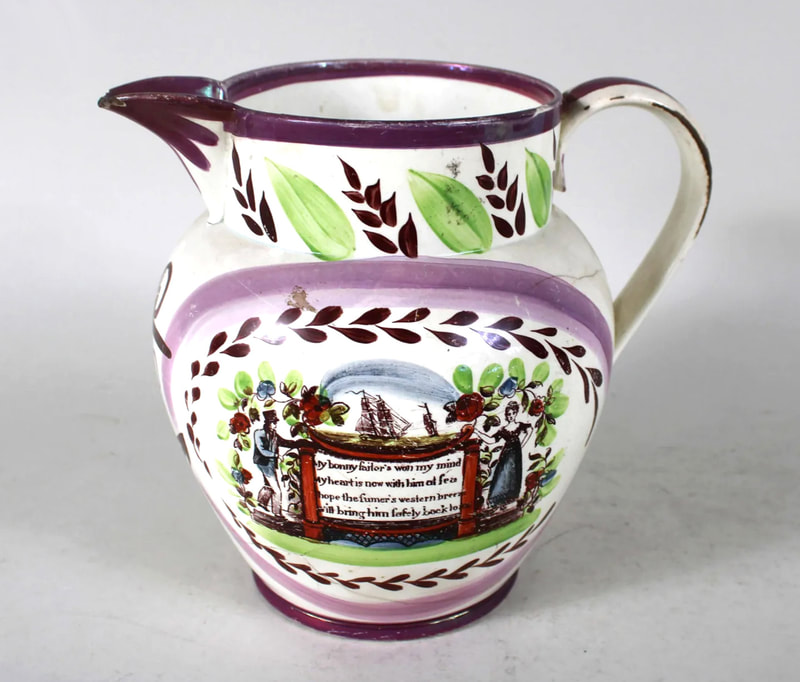 A profusely decorated example below with a dated inscription, 'Aberdeen 1826'. 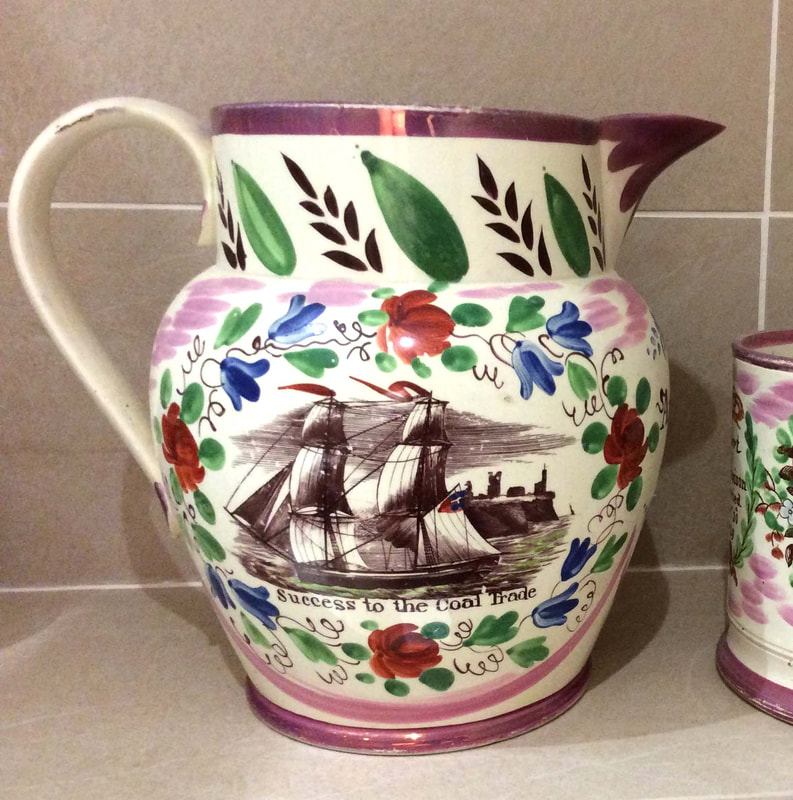 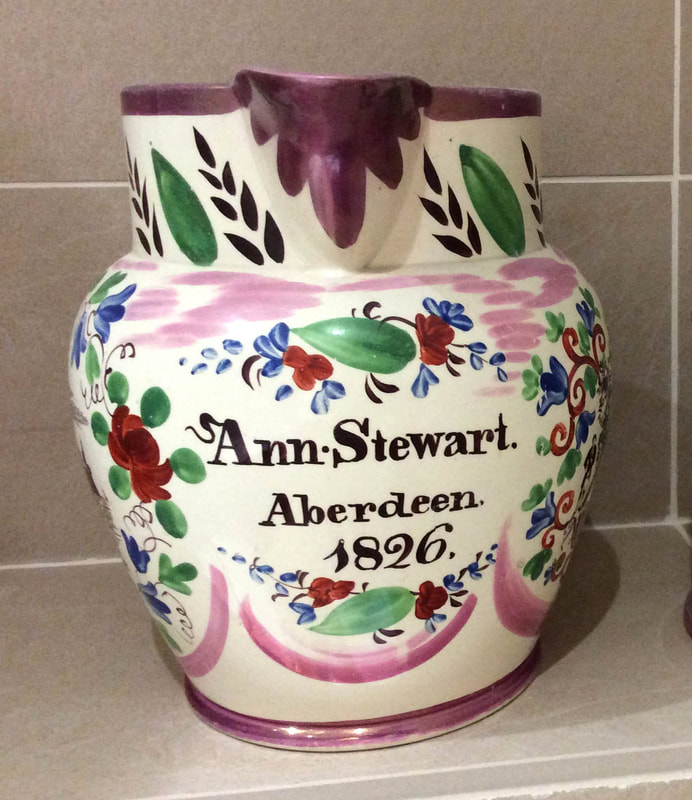 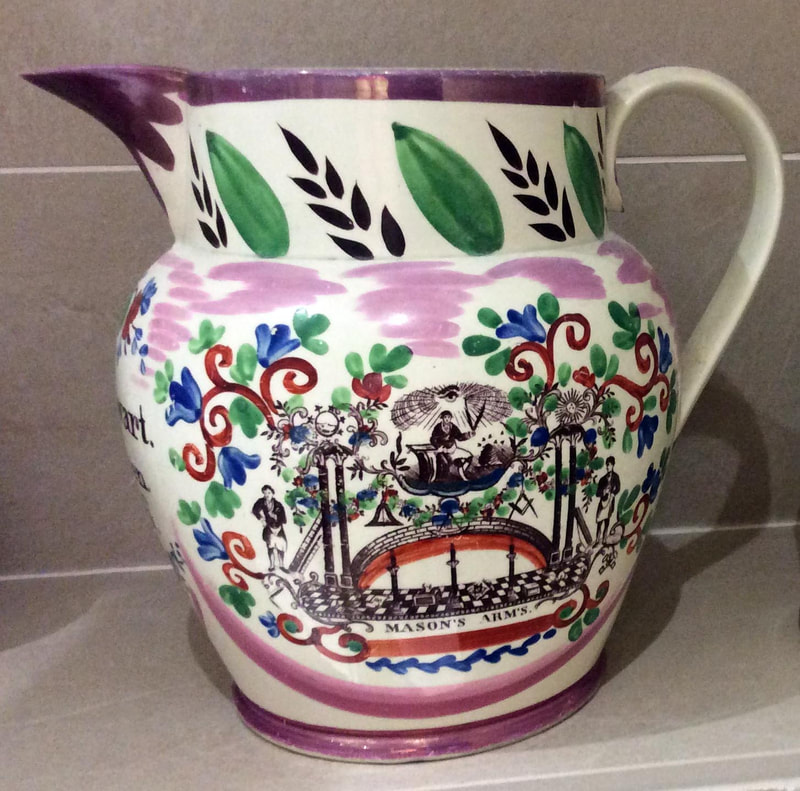 Photo Ian Holmes
This is a reworked version of the above transfer with rows of vertical dashes on the sails. 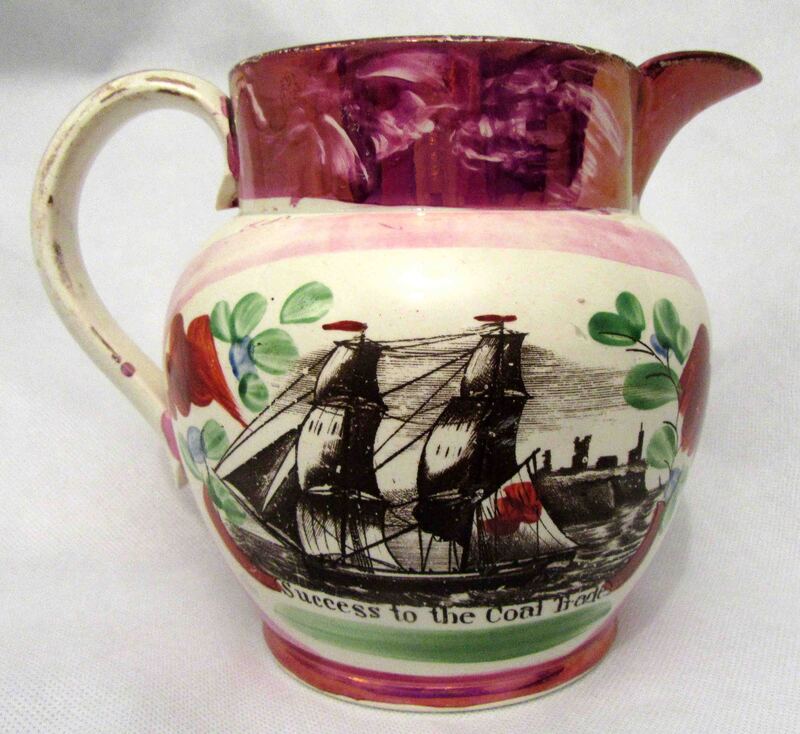 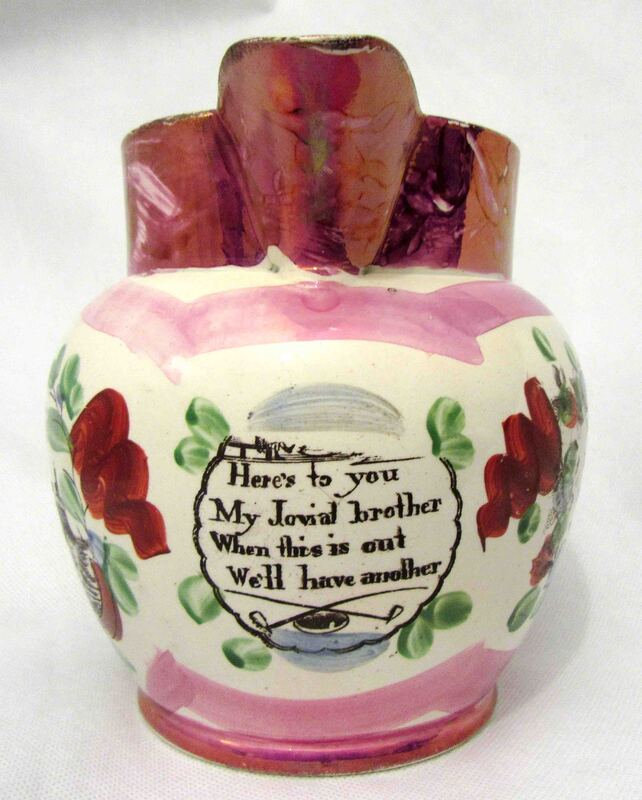 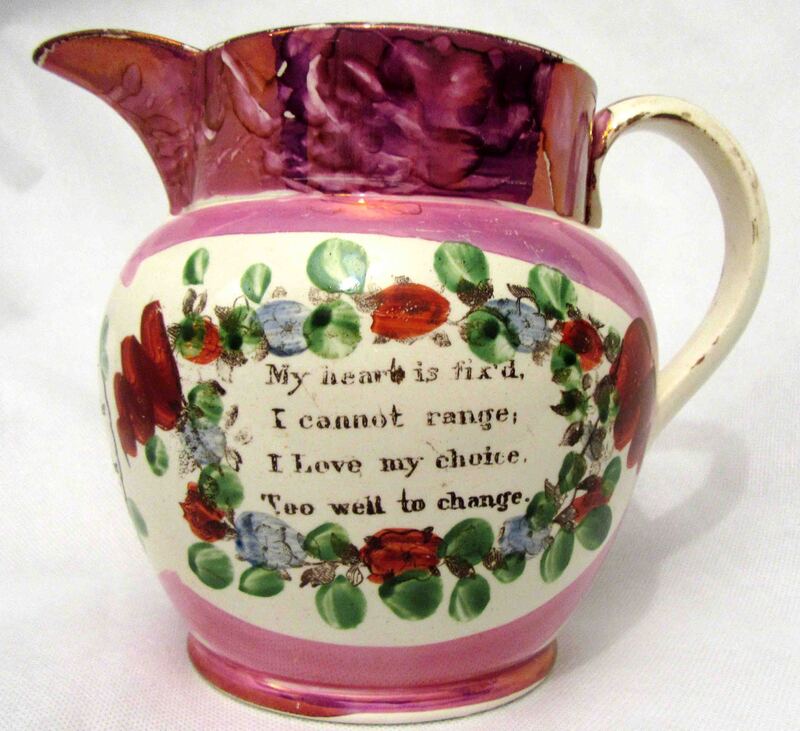 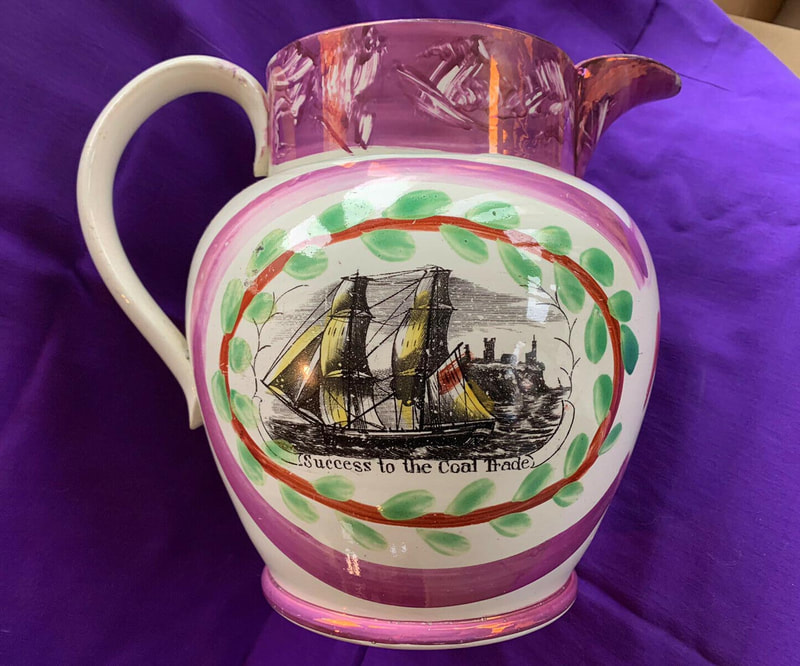 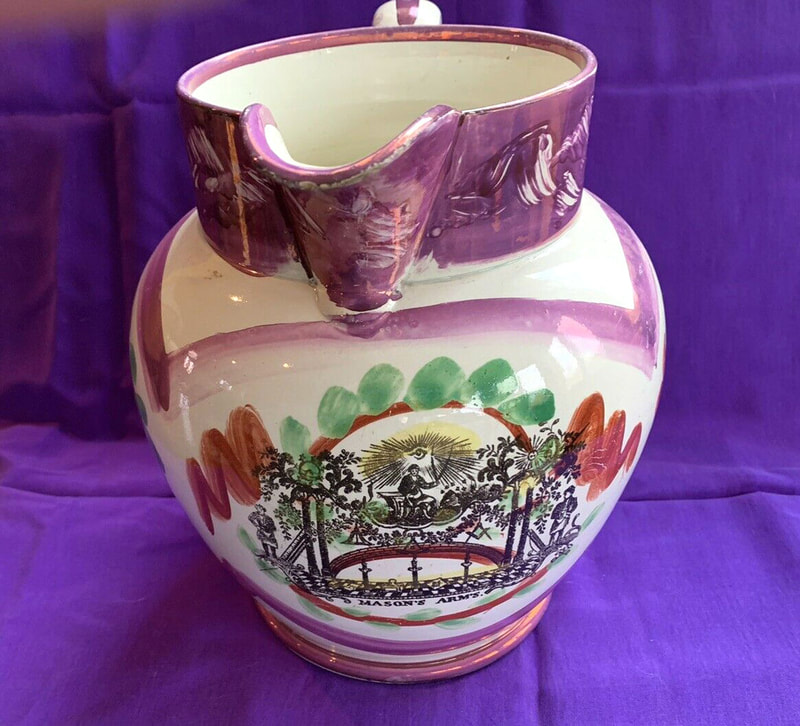 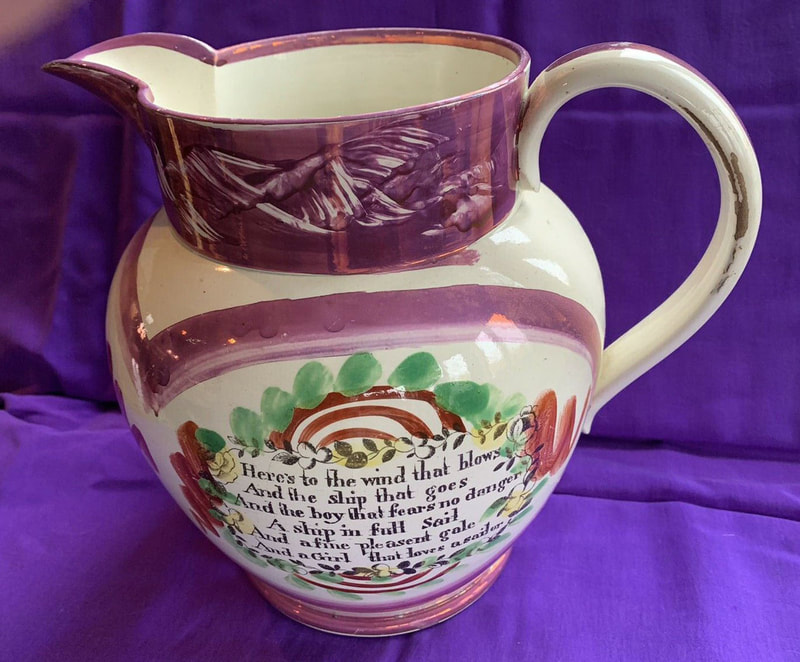 A mug with the transfer, also from the early 1830s. 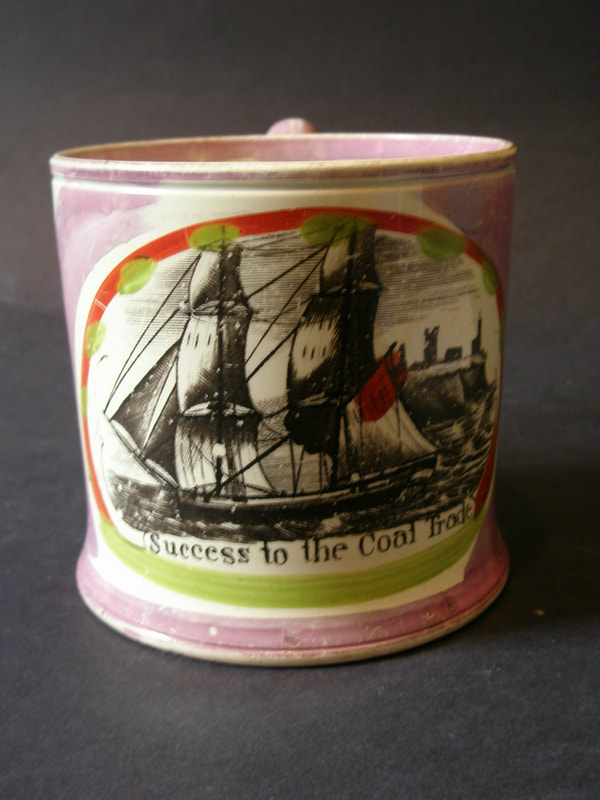 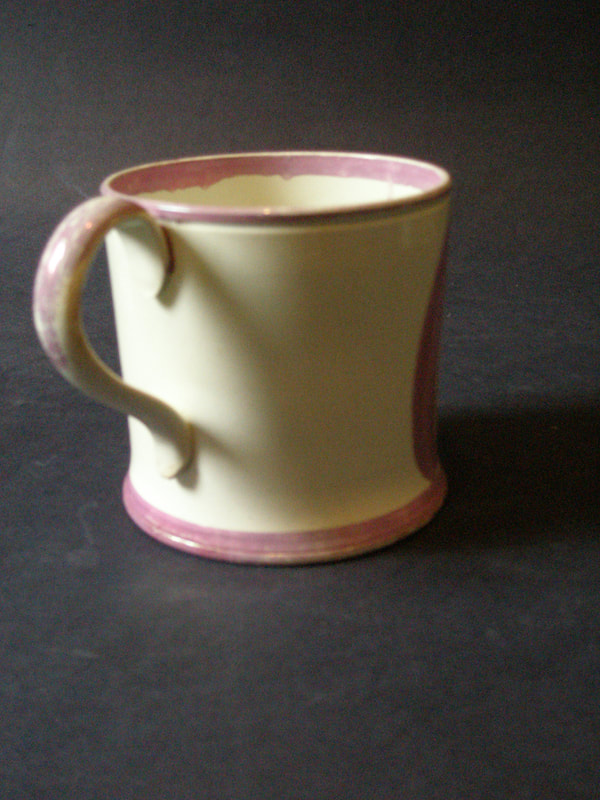 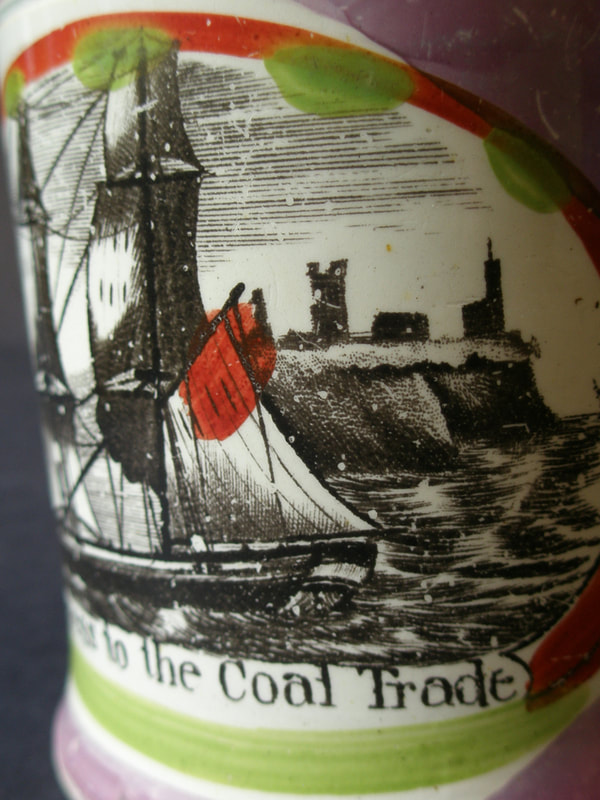 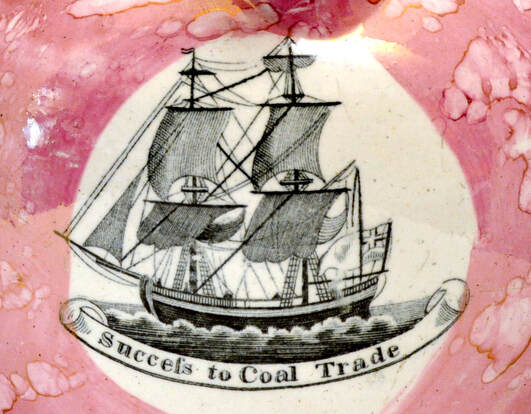 This transfer is attributed Thomas Fell on the basis of the second jug below, which has decorative features and a Newcastle High Level Bridge transfer associated with that pottery. 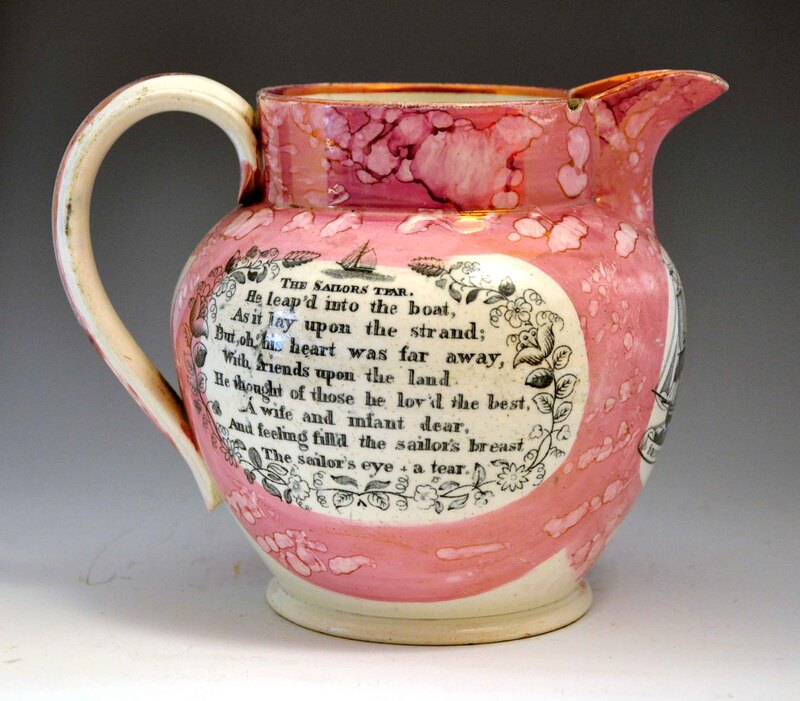 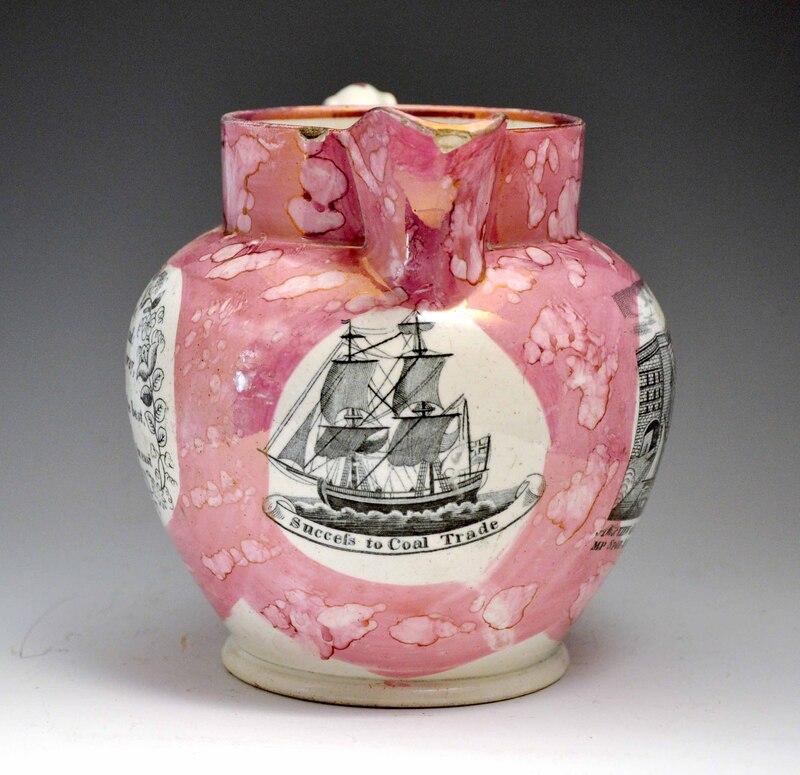 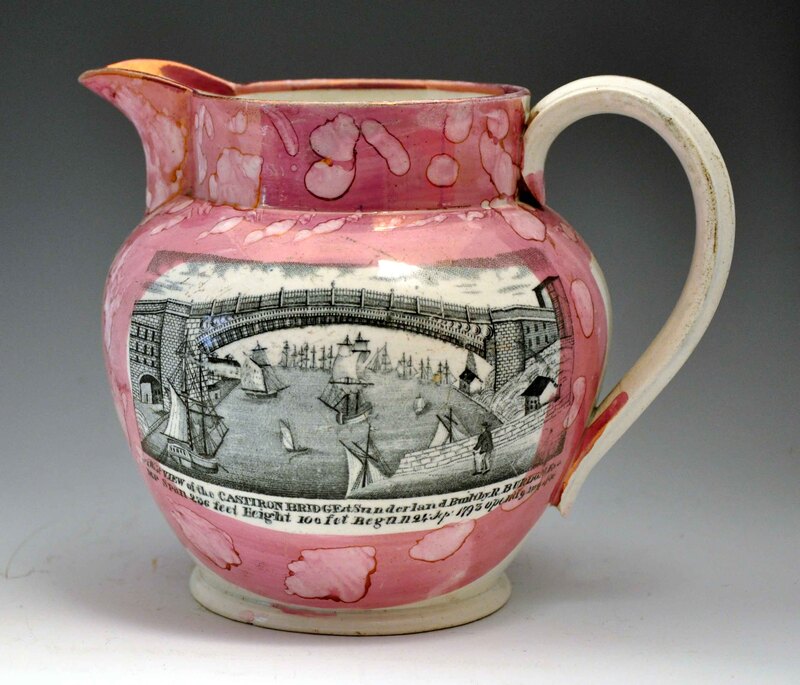 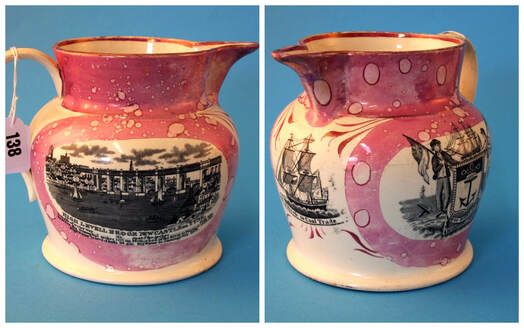 Photo Boldon Auction Rooms
Below, a smaller jug with the transfer. 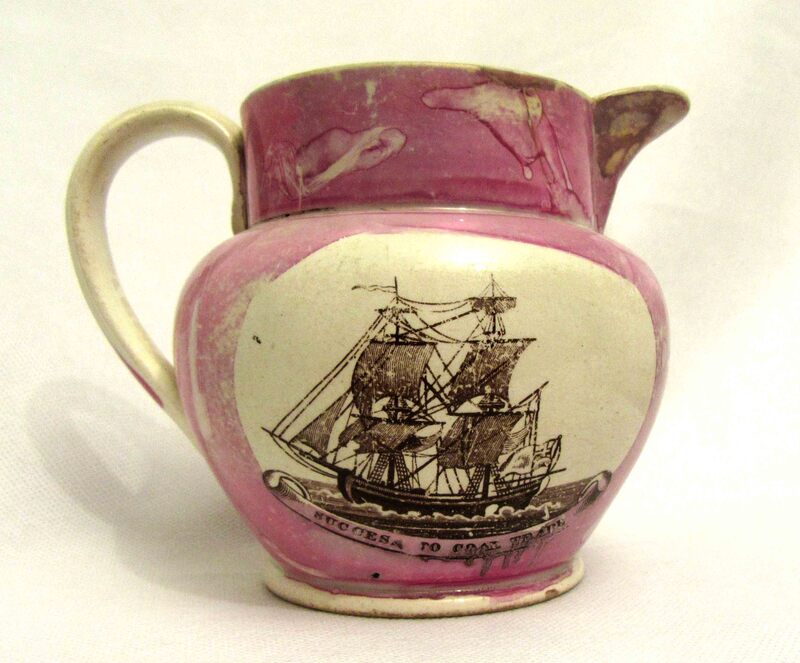 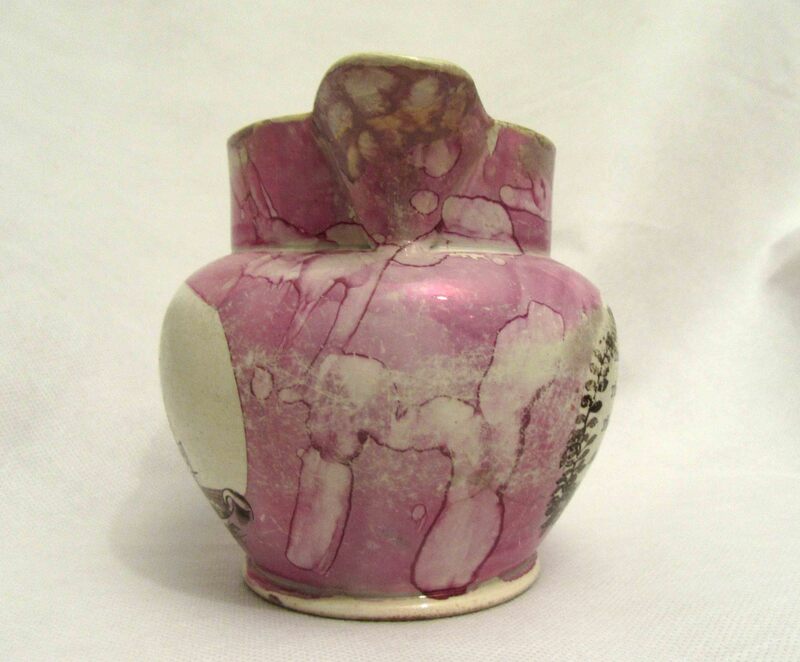 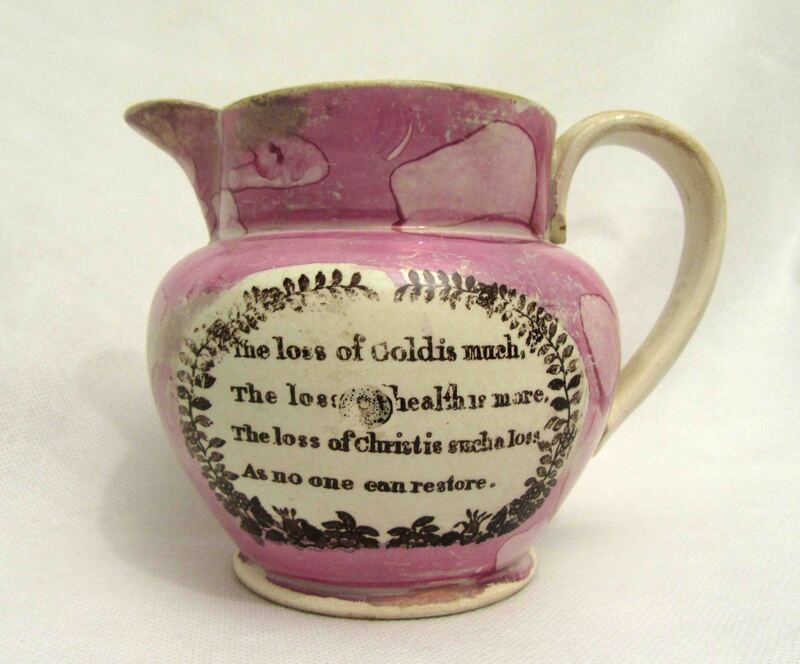