The Newbottle attribution for this transfer is convoluted, and relates to pottery items donated by descendants of the owners to the Victoria and Albert Museum.  Read more here. 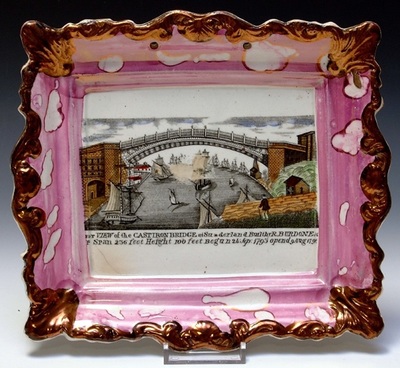 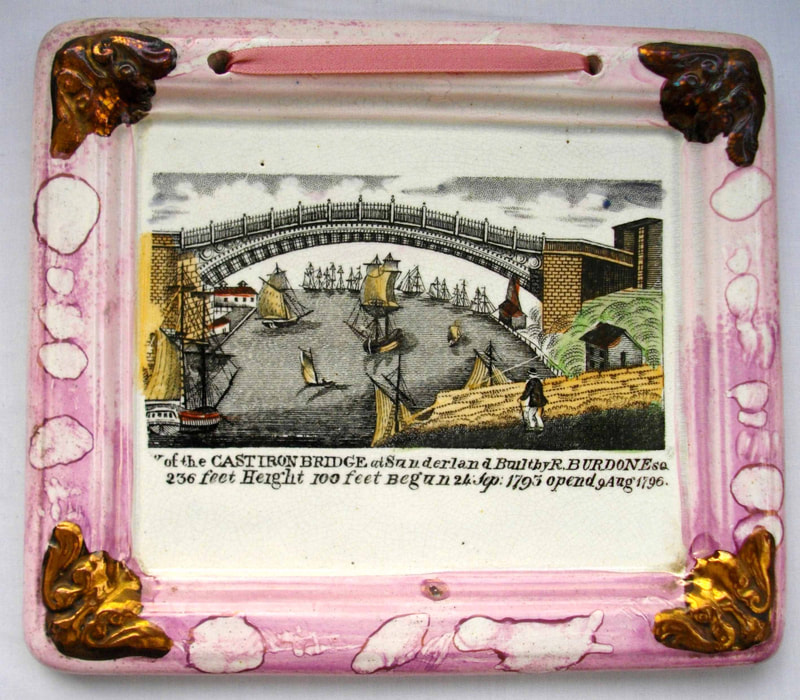 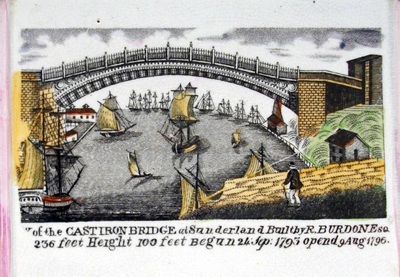 The defining feature is that the sky along the top edge of the transfer is squared off and clearly  delineated within a dark border.  N.B. the transfer on the plaques above has been trimmed slightly on the left edge to make it fit. 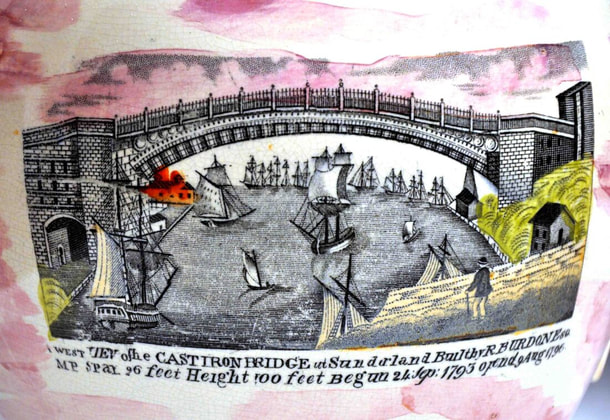 Below a jug with the same transfer. 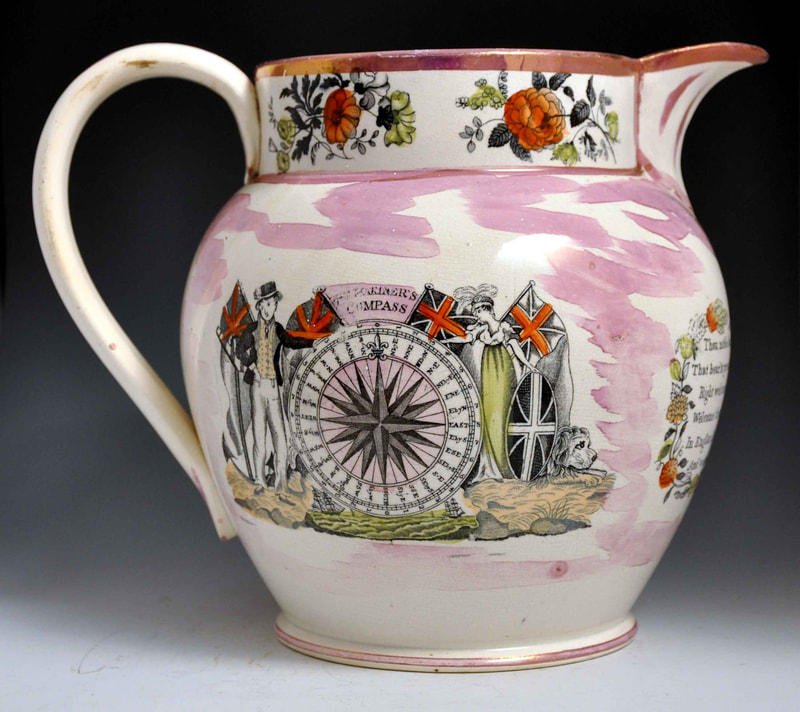 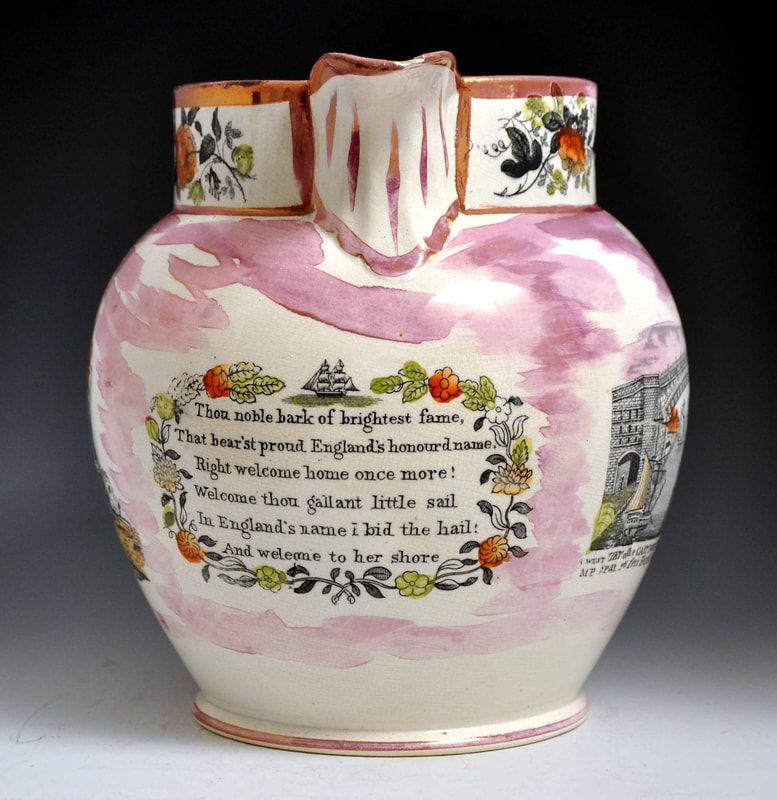 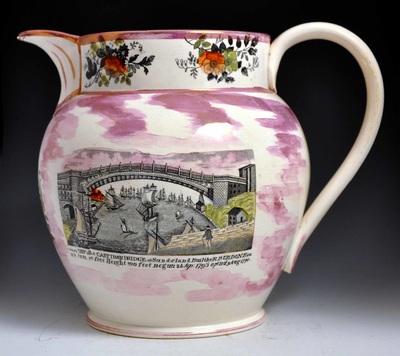 The attribution of this transfer is based on the Seaham jug in the Sunderland Museum, which has a painted factory mark 'Walker & Co, Seaham Pottery 1847'.  The earlier jug below has a Mariner's Compass transfer, that also appears on the museum jug. 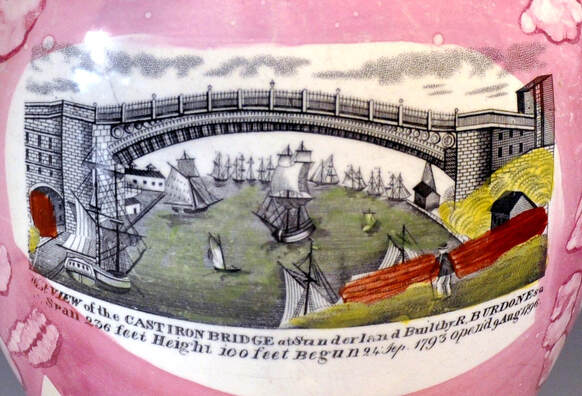 The defining feature of this transfer is that, although rectangular, the top edge is loosely delineated by broken clouds. 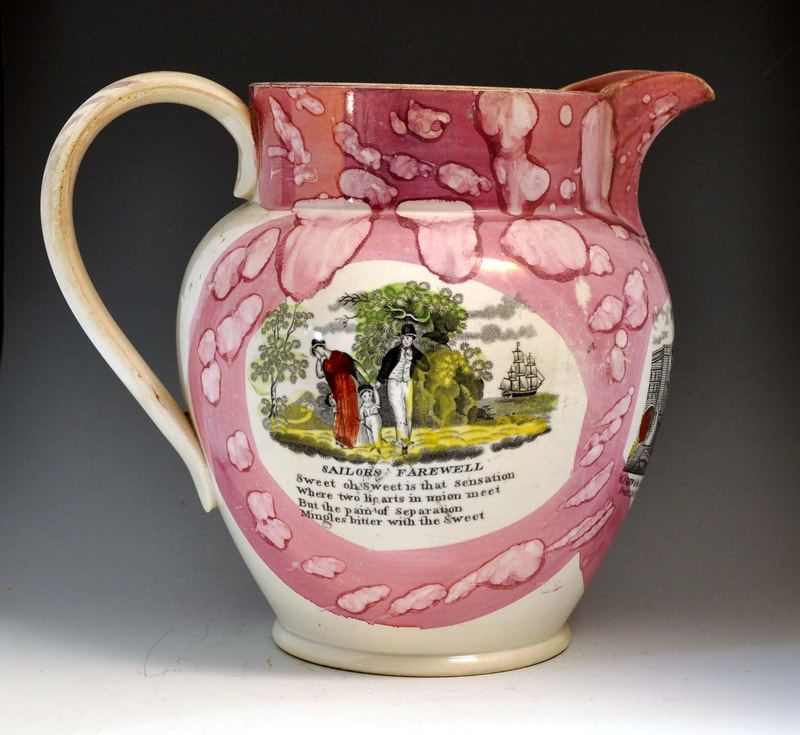 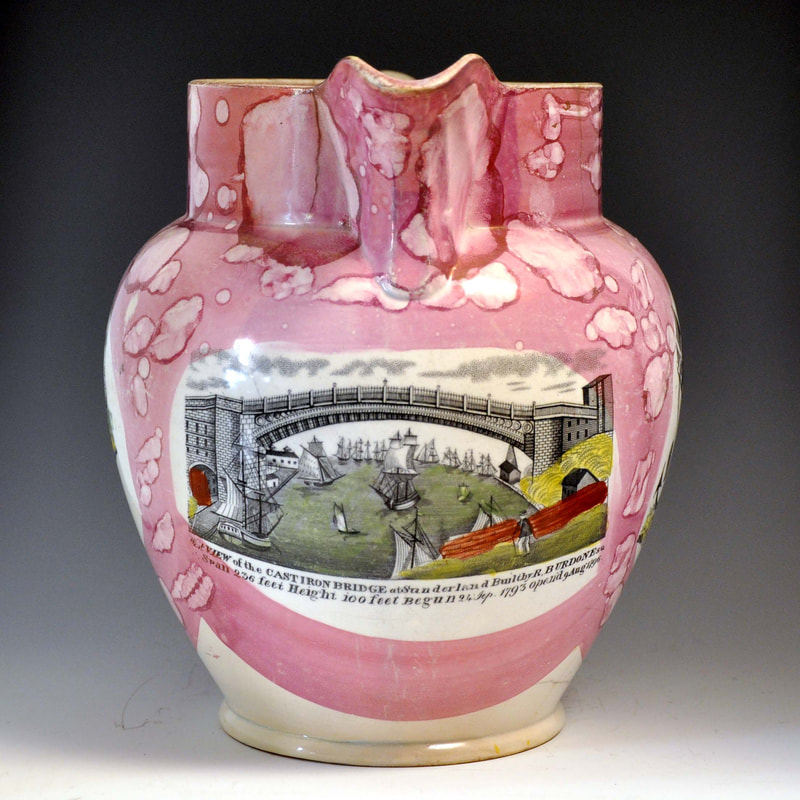 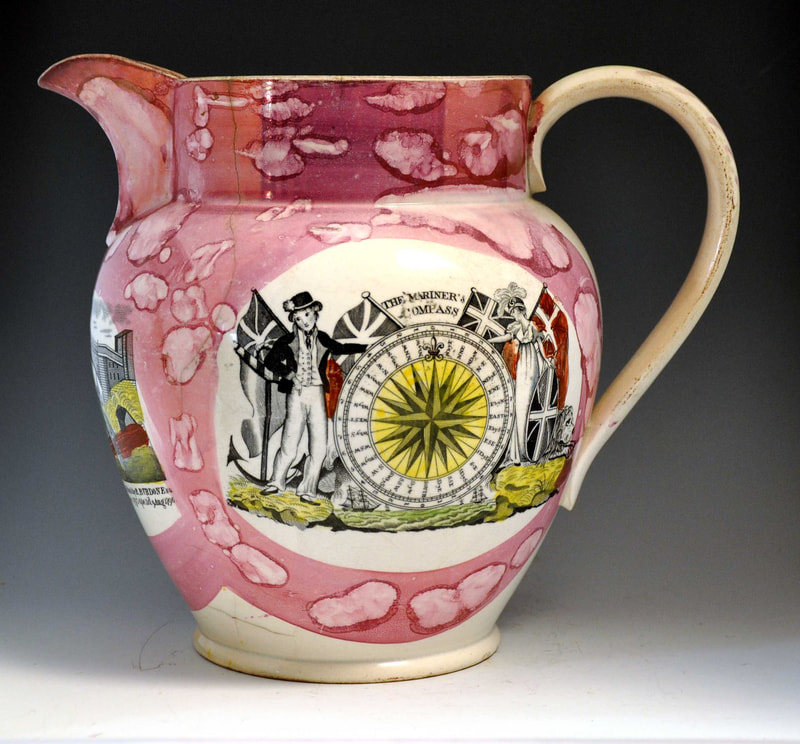 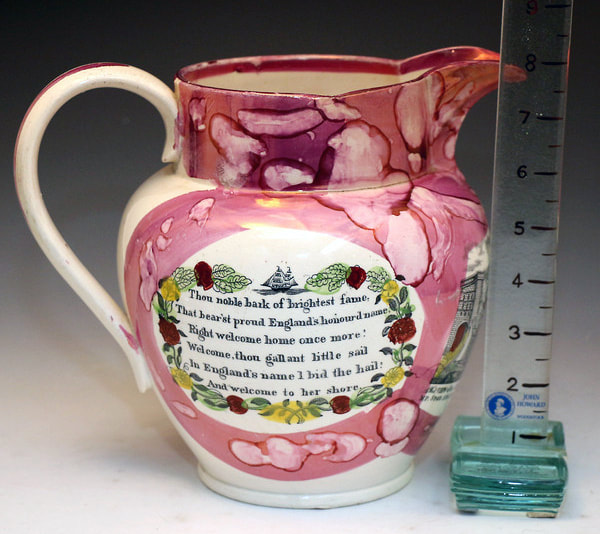 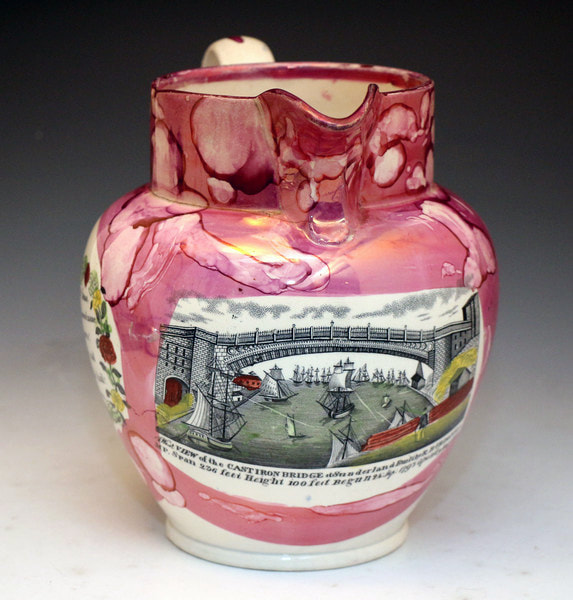 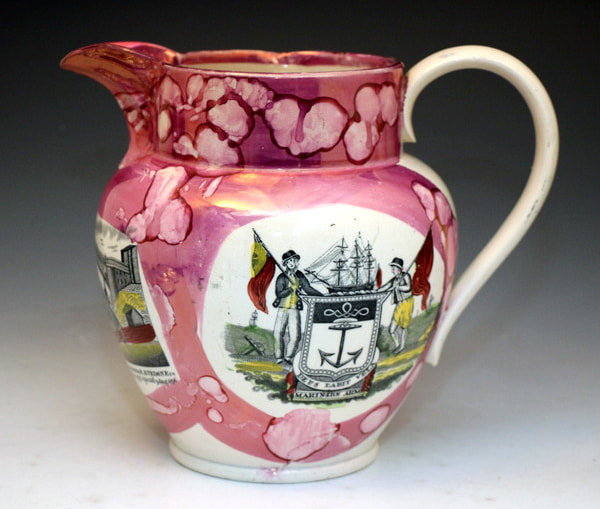 The transfer is easier to see on this plate.  Unlike the Newbottle attributed version above, the house in the foreground has 6 windows (3 up, 3 down). 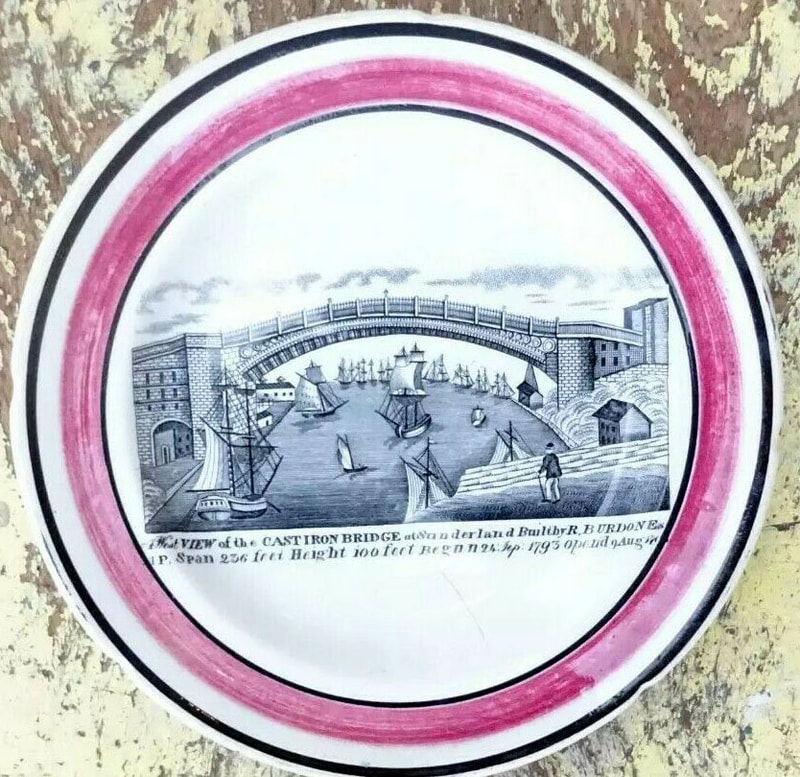 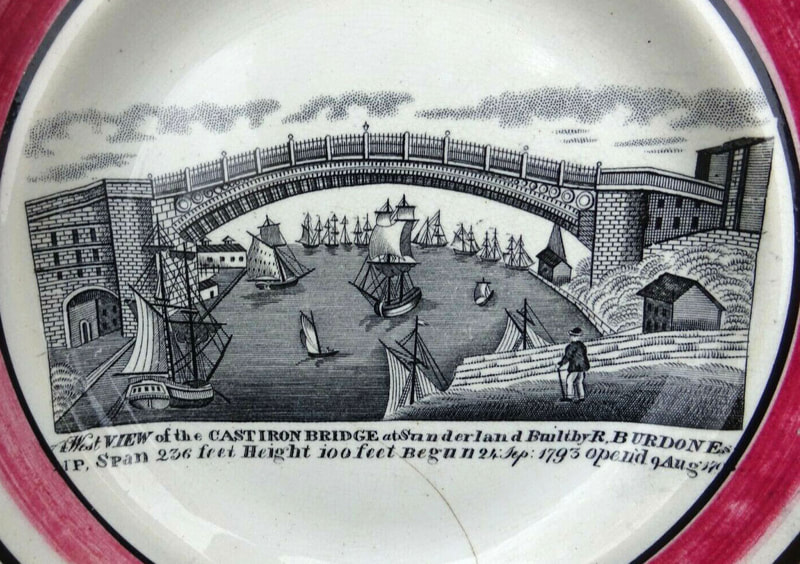 In this version the sky is shaded with horizontally ruled lines above and below the bridge. 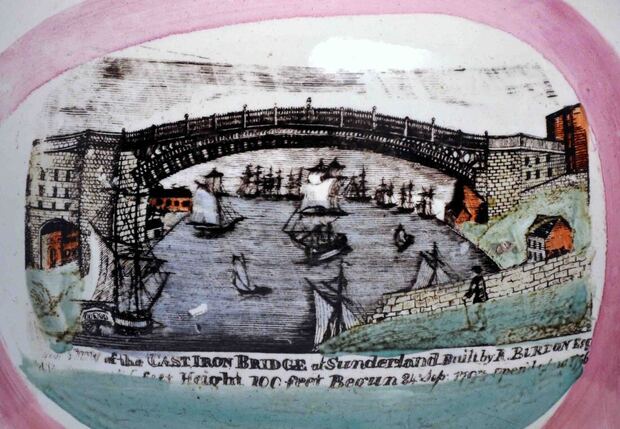 A very finely potted jug from about 1830.  The British Slavery transfer, based on a print by James Gillray, is a variation of a transfer used by the Newcastle Pottery. 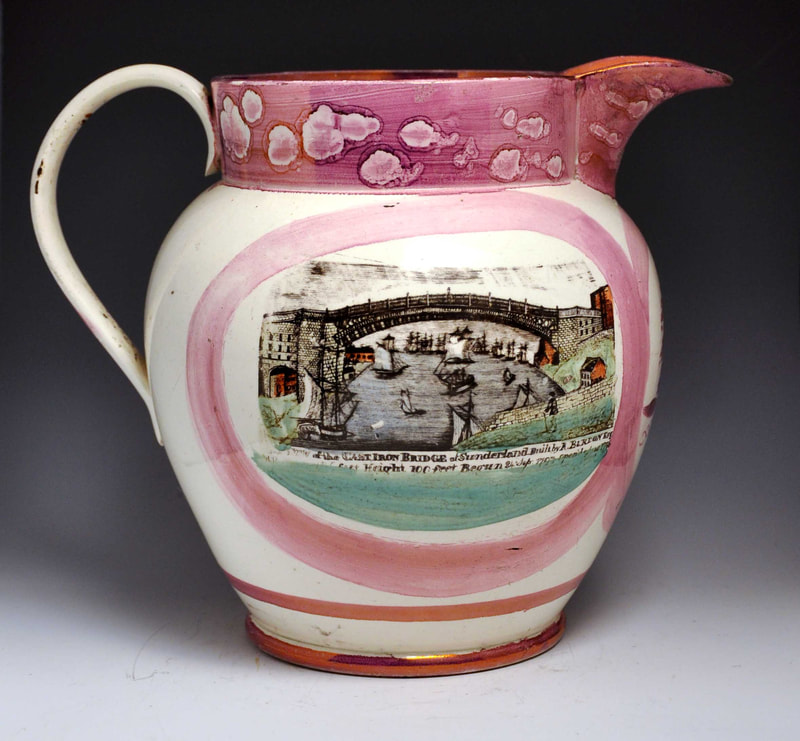 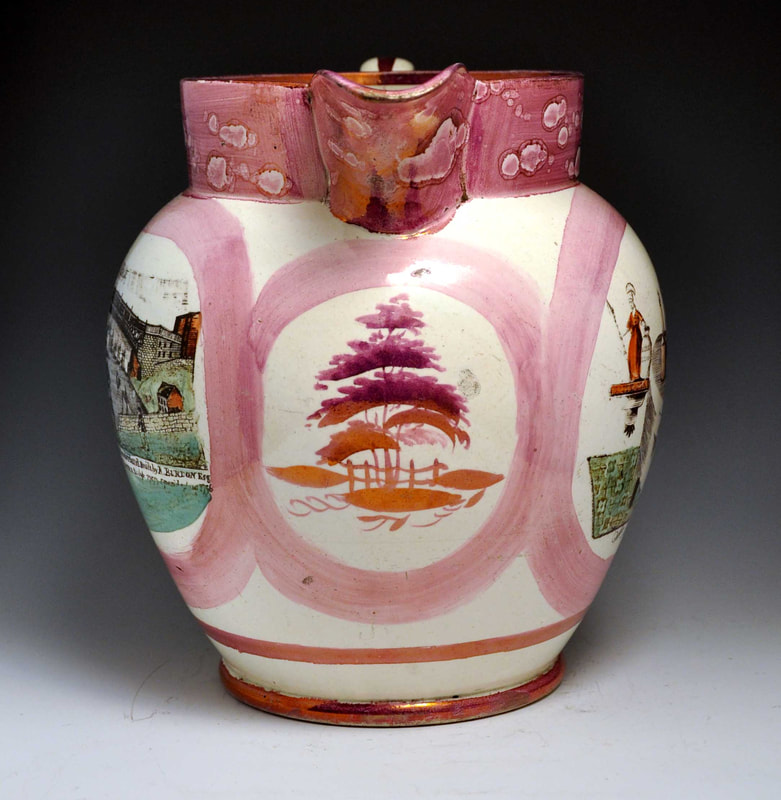 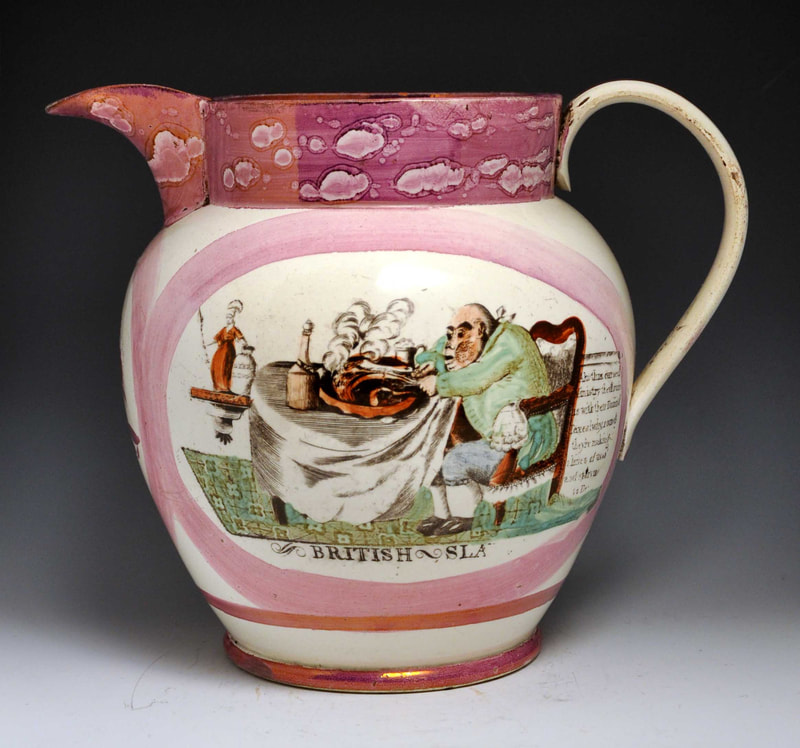 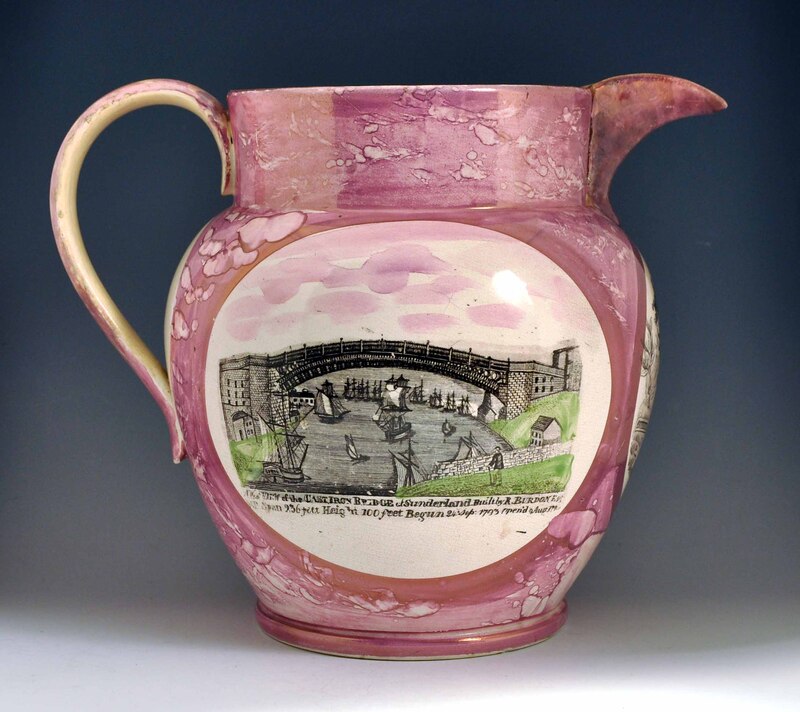 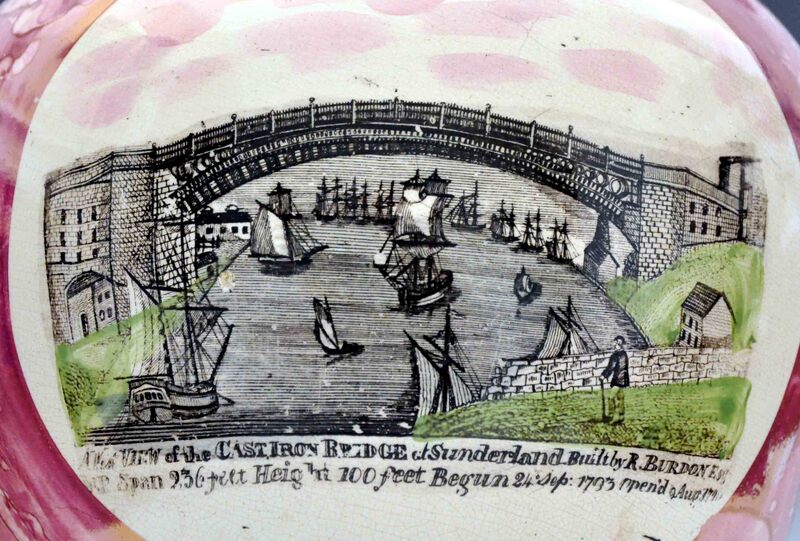 A rare masonic jug from the same, as-yet to be identified, pottery.  The inscription is dated 1838, so it is likely later than the jug above, but comes from the same transfer plate.  The sky above the bridge has been trimmed off. 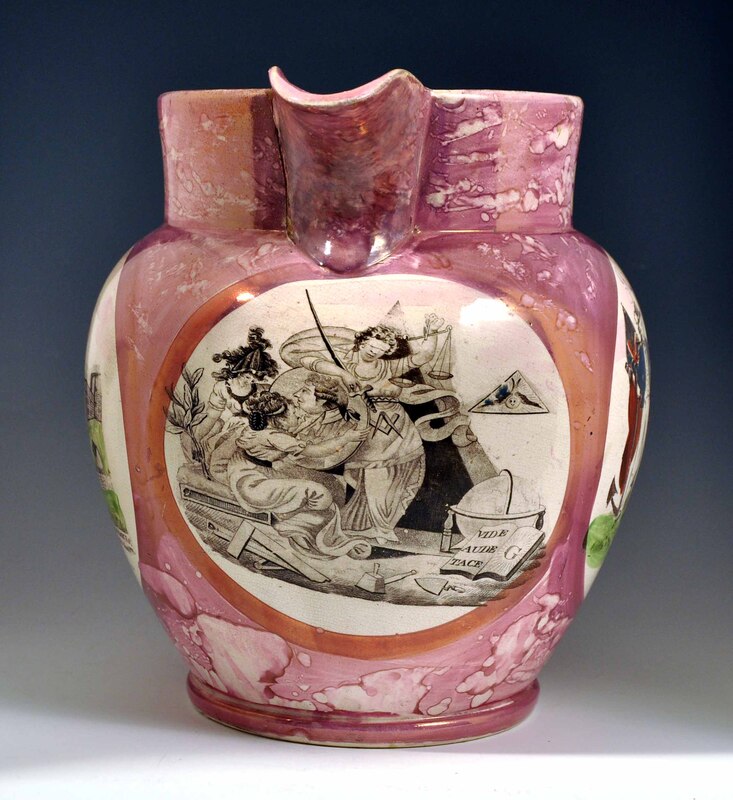 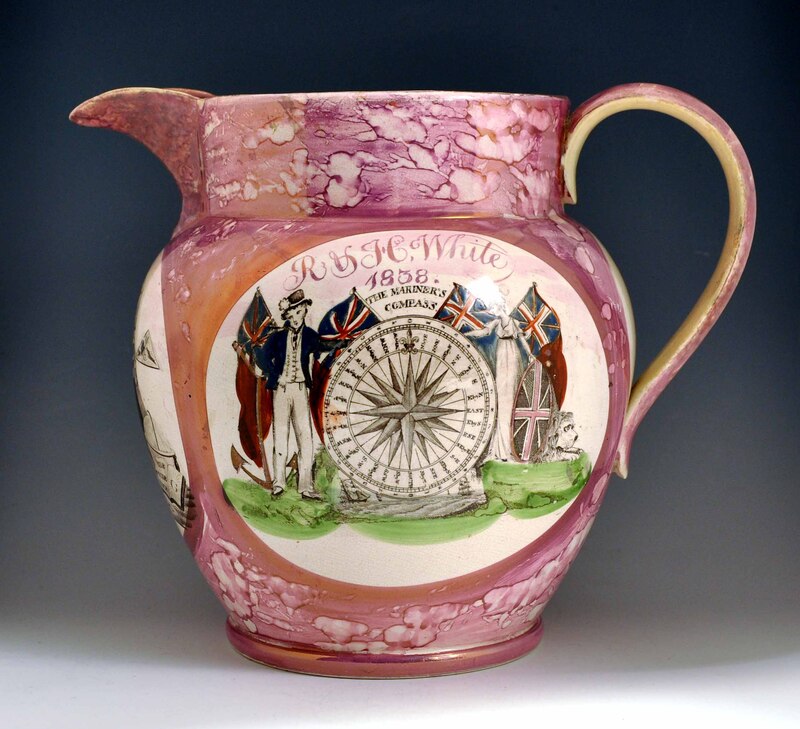 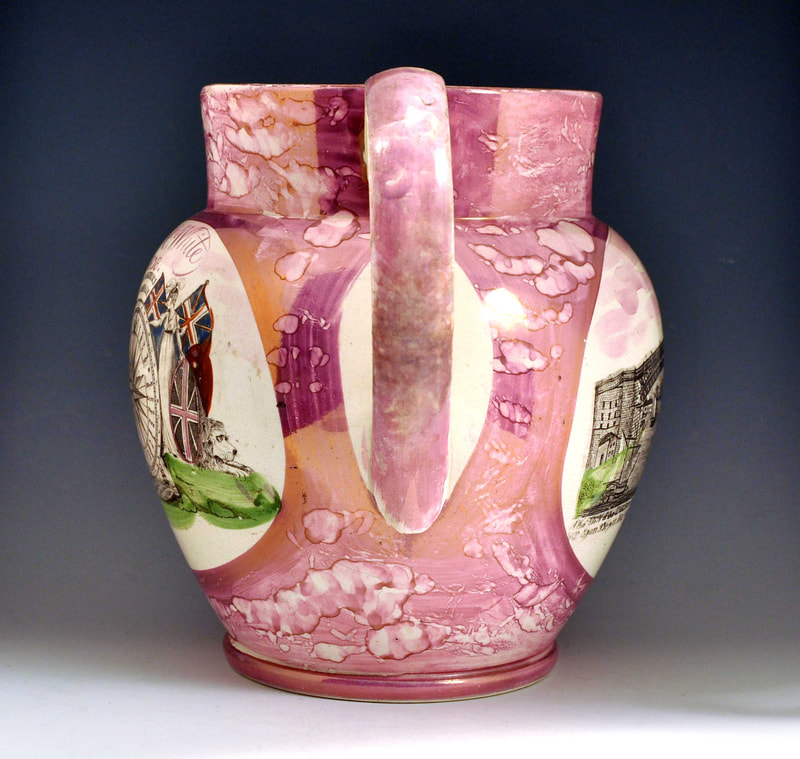