West View of the Cast Iron Bridge – like bridge 22

This view shows the Lord Duncan, the largest ship built in Sunderland at that time, passing under the bridge.  The ship was launched in 1798, just a couple of years after the bridge opened.  But any real acquaintance with the bridge would have been short lived, as she was blown up in 1807 by an explosion in San Domingo.  However, images of the ship passing under the bridge continued to be used by Dawson, North Shields and Moore & Co into the 1840s and 50s.

A rare marked plate with the North Shields version of the transfer.  The impressed mark reads C, C & Co above a number 12. Note the speckle that appears high above the right pillar of the bridge and compare it with the position of a similar speckle on the jug below. 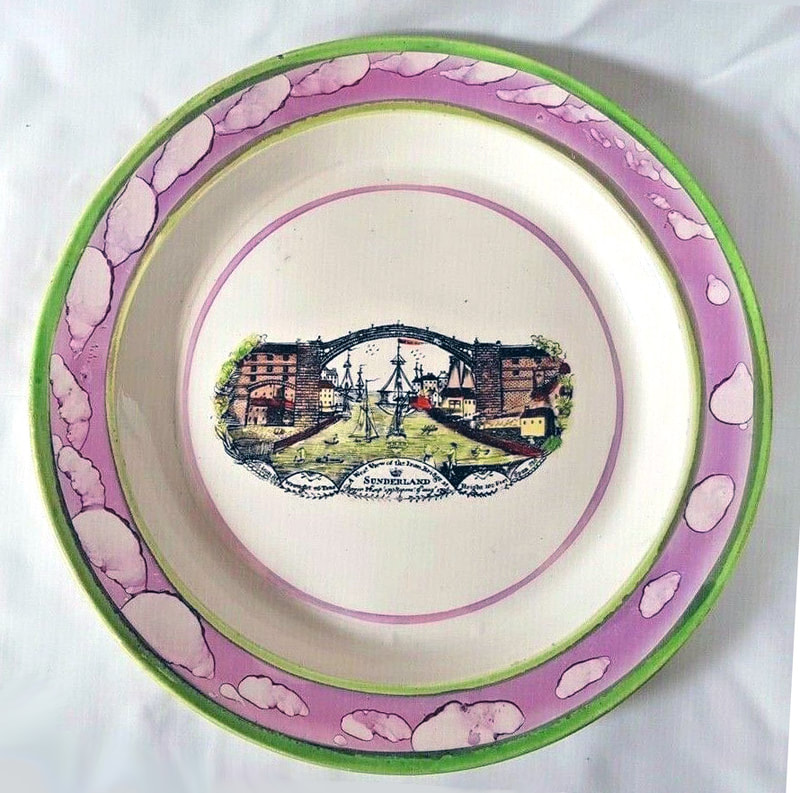 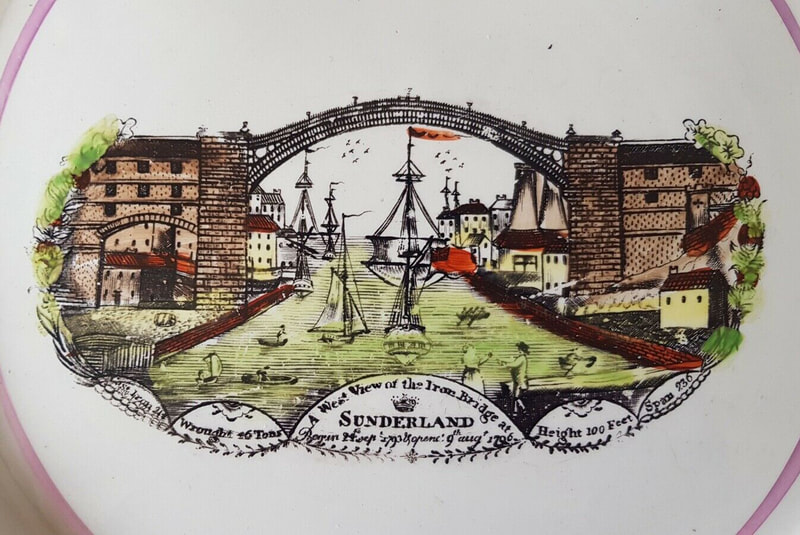 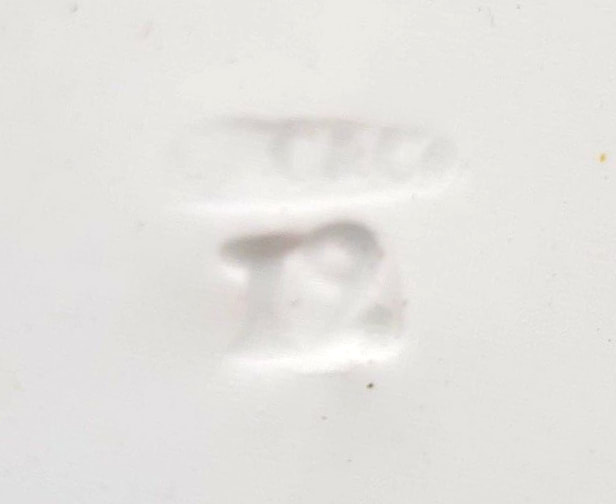 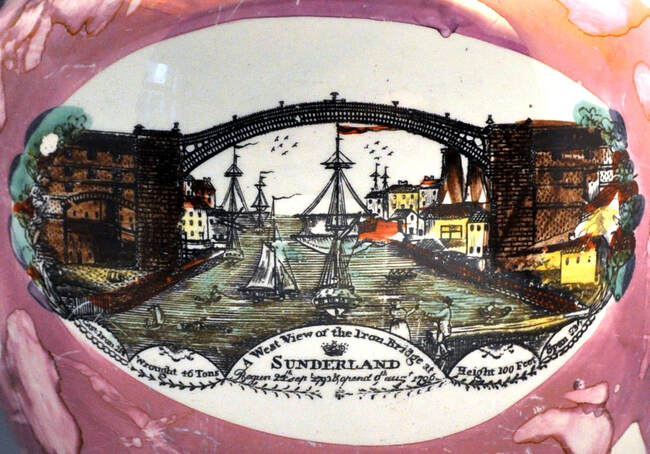 This transfer was almost certainly used under both of the above partnerships at North Shields.  In the absence of a dated inscription it is hard to attribute the jugs below to one partnership or the other.  The later items are more heavily potted and tend to have darker lustre. 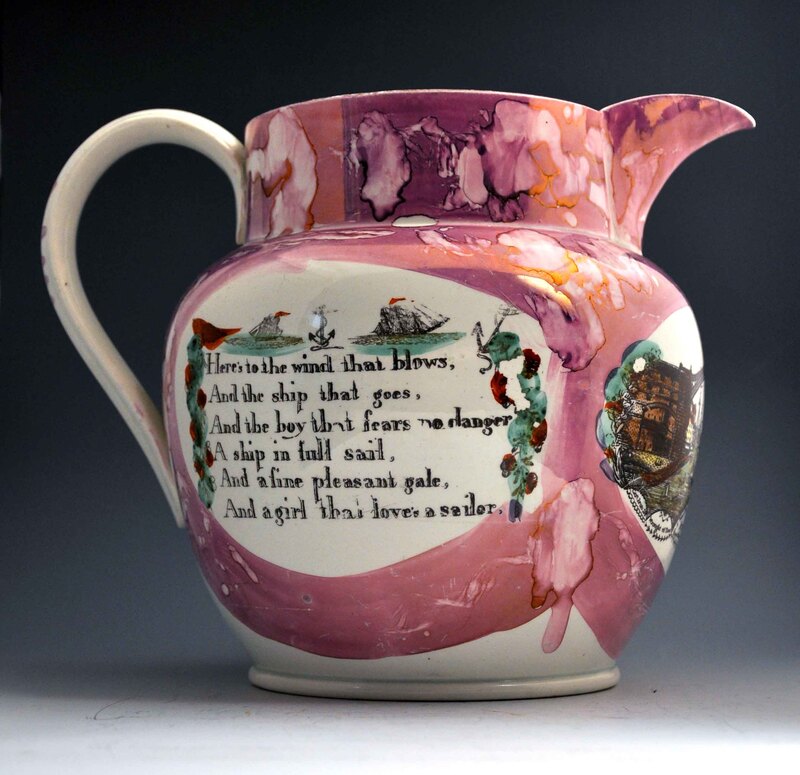 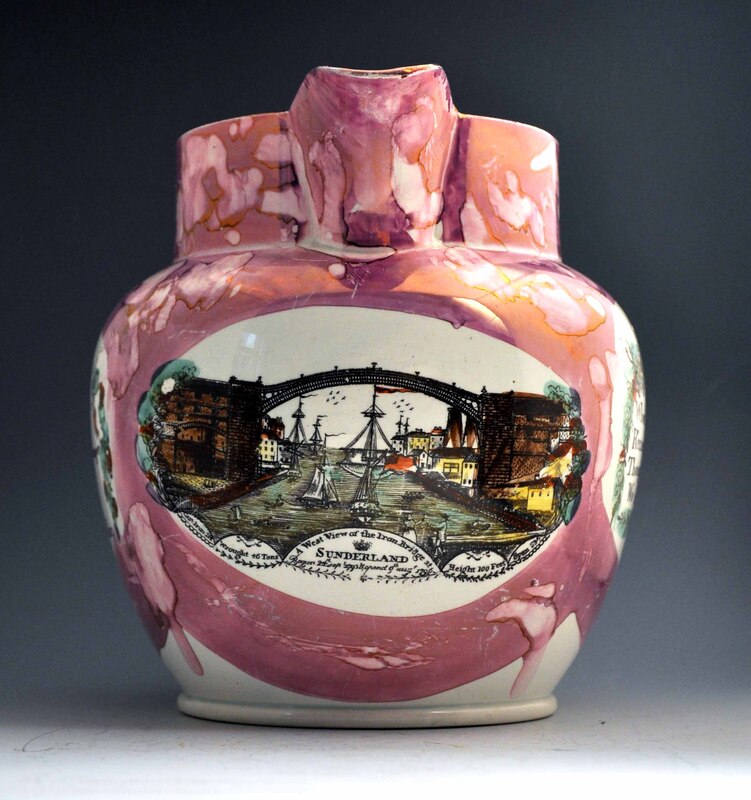 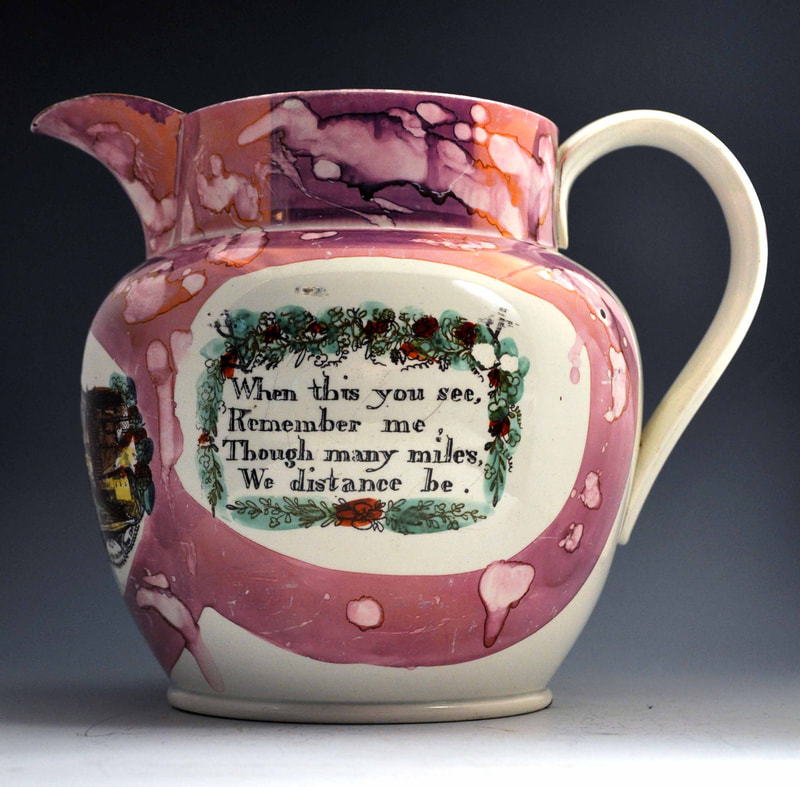 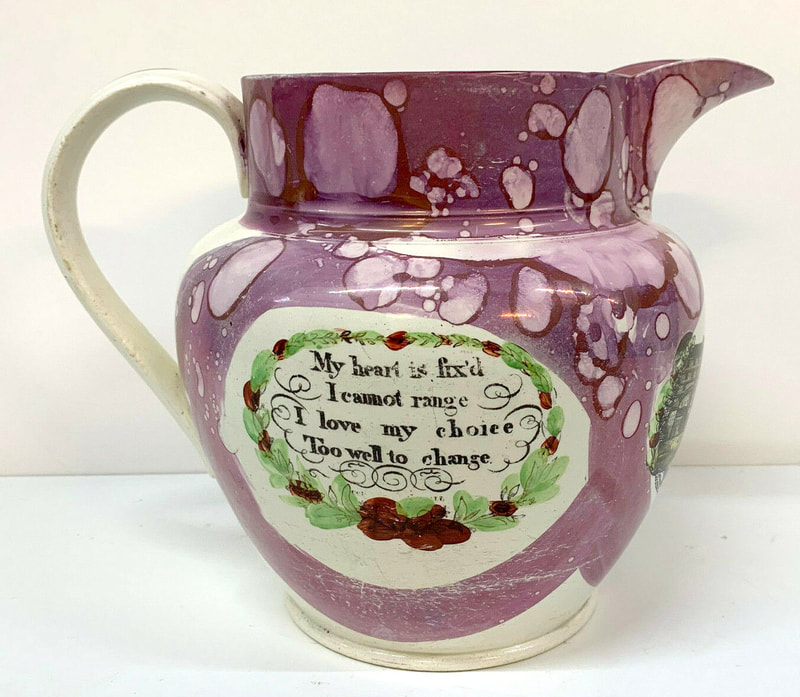 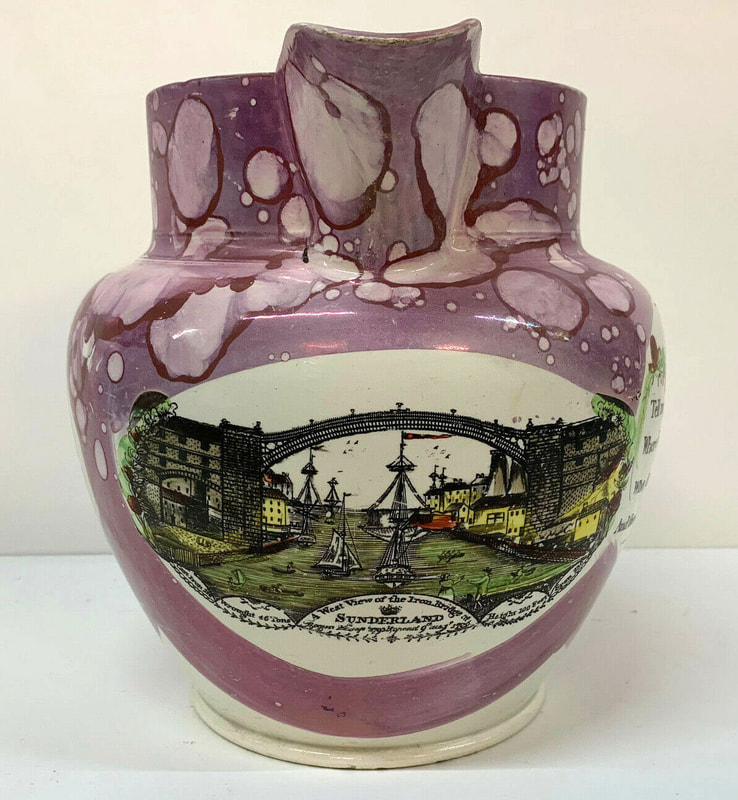 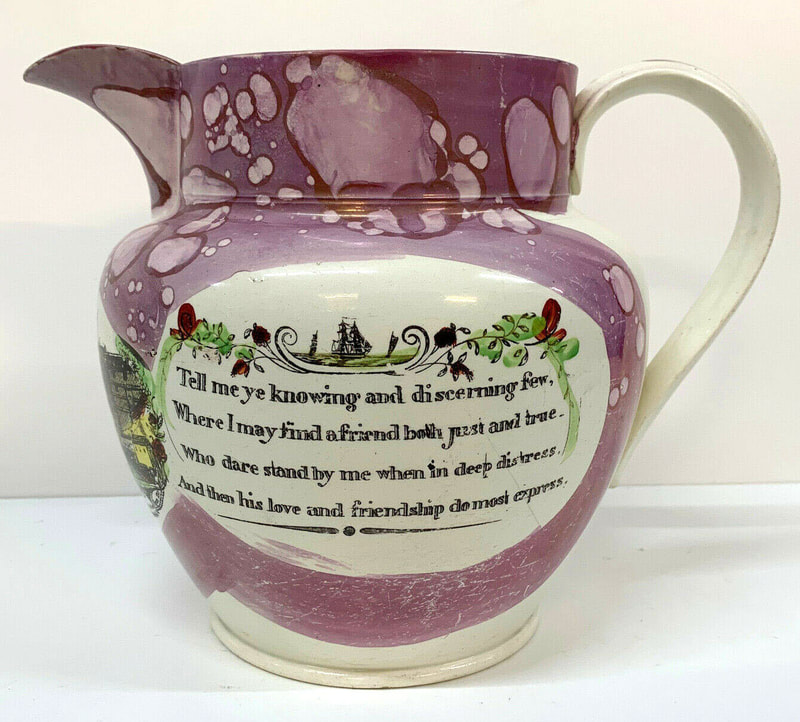 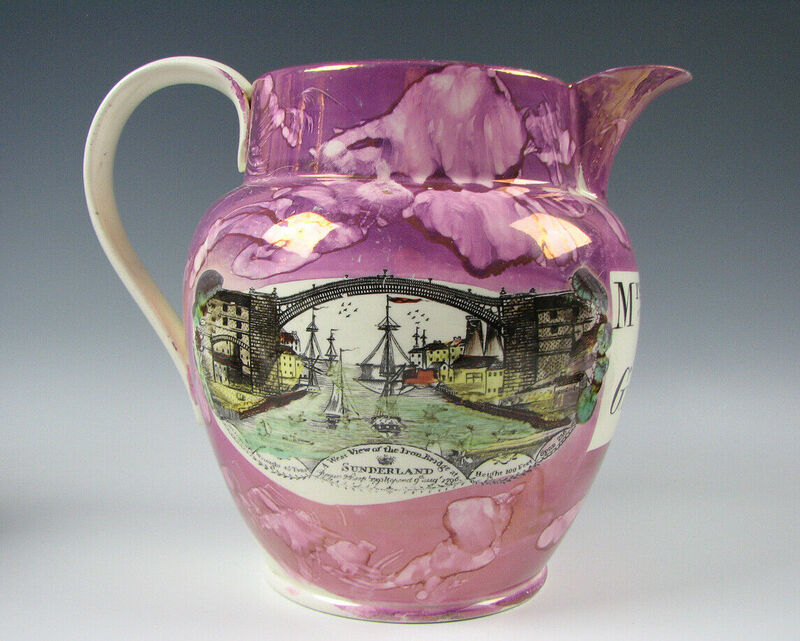 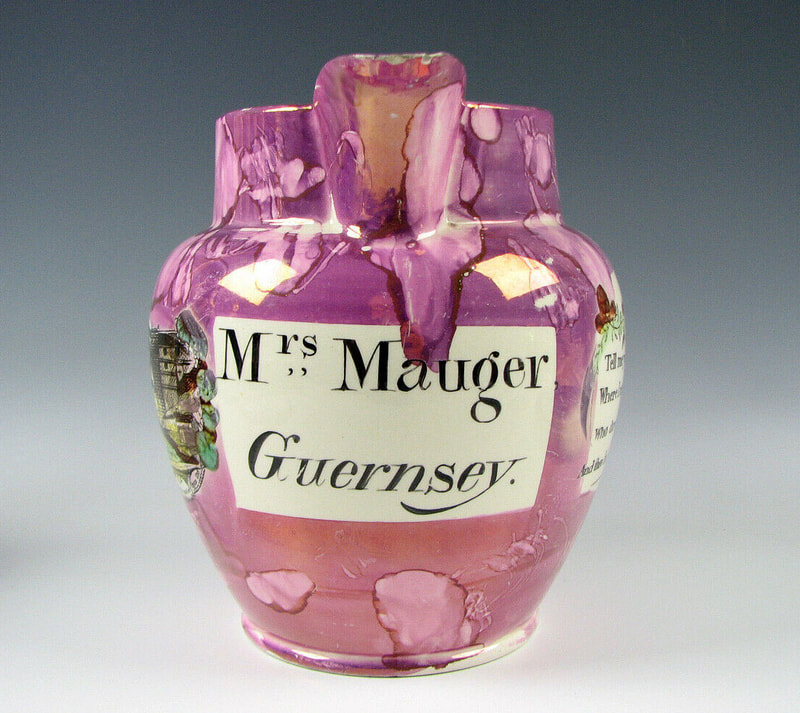 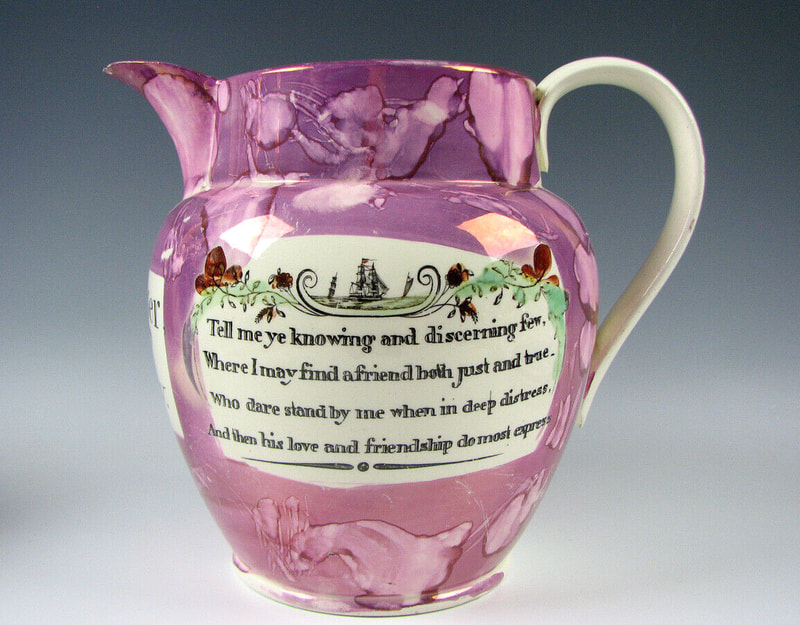 The backs of the jugs shown respectively below with lustre decoration of the handle typical of North Shields. 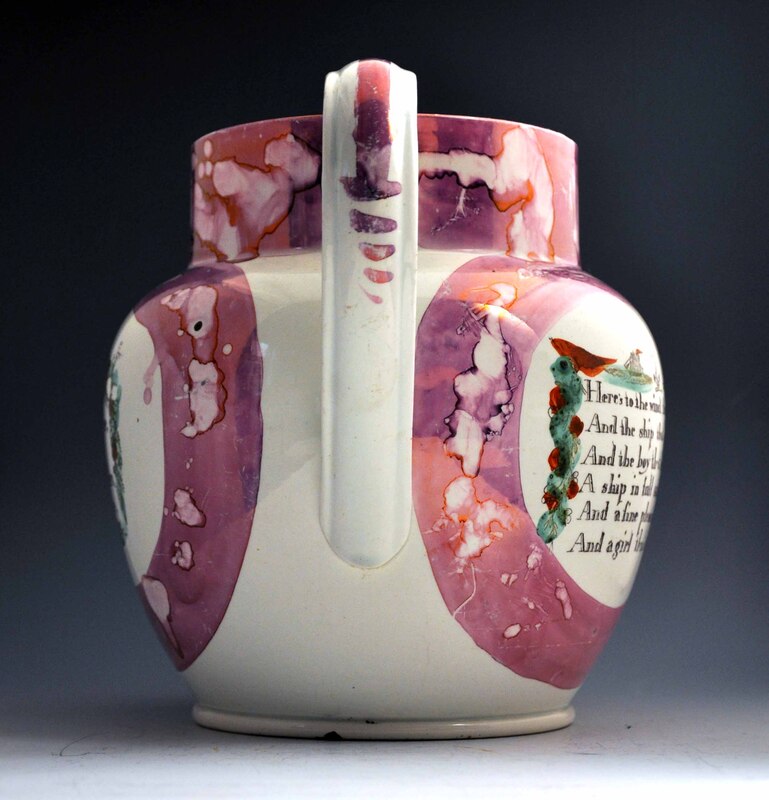 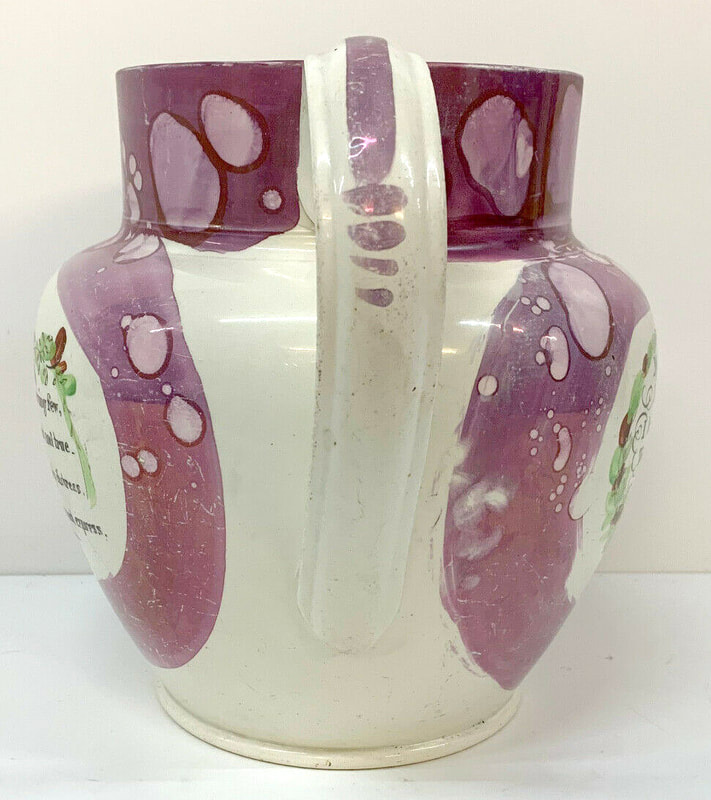 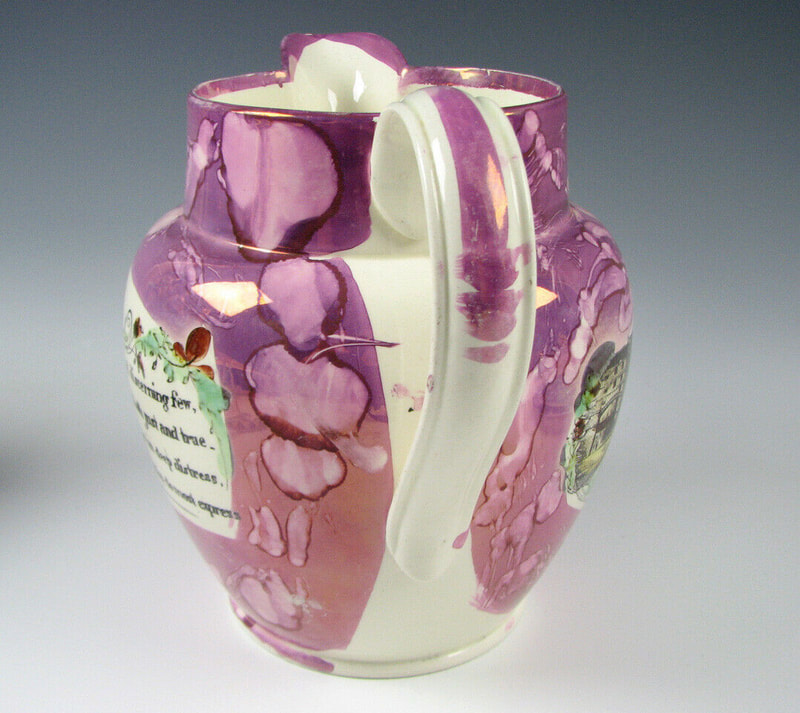 Below a large jug with a dated inscription for 1838. 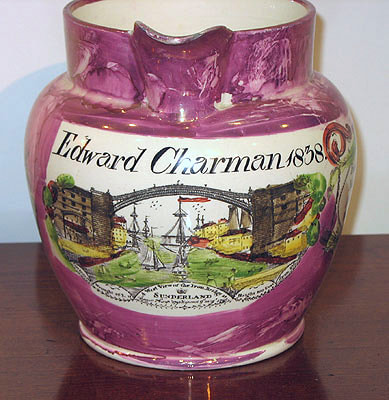 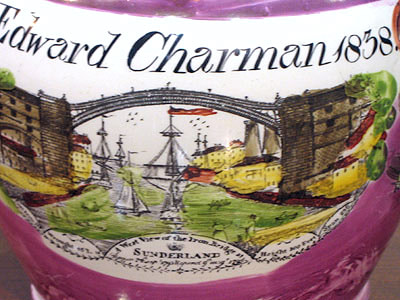 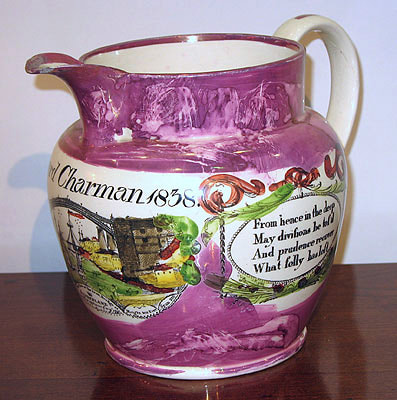 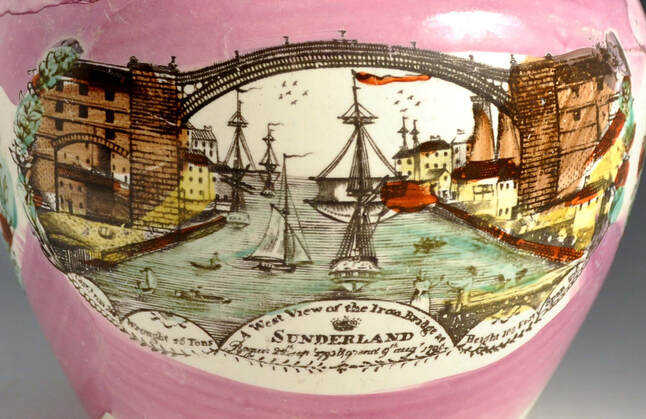 A smaller version of the transfer from the same pottery. 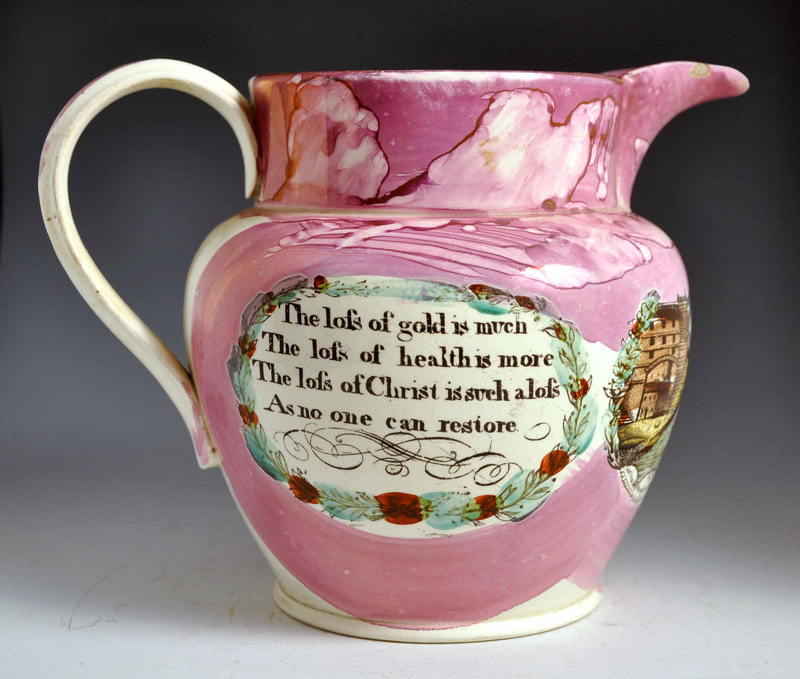 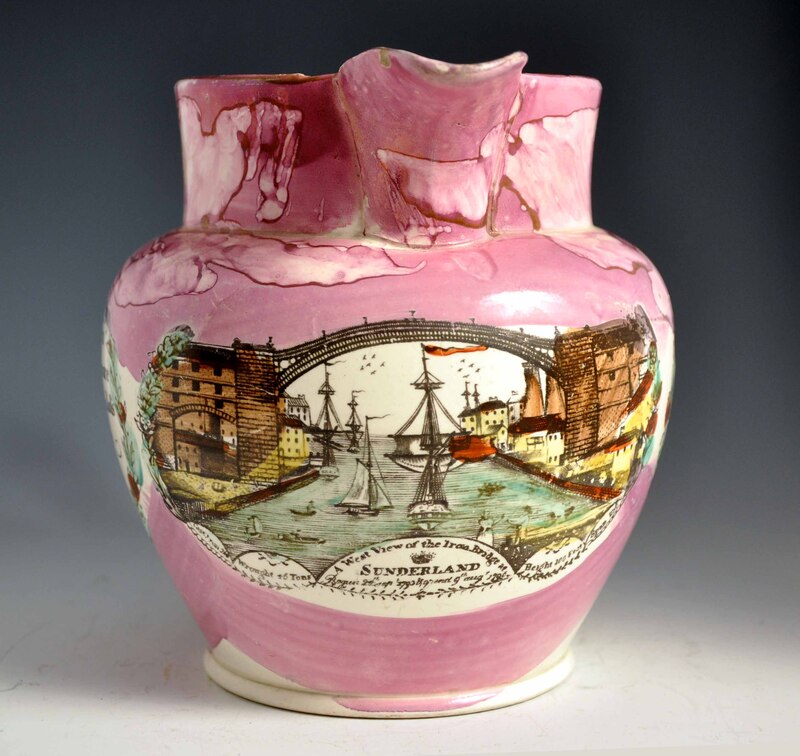 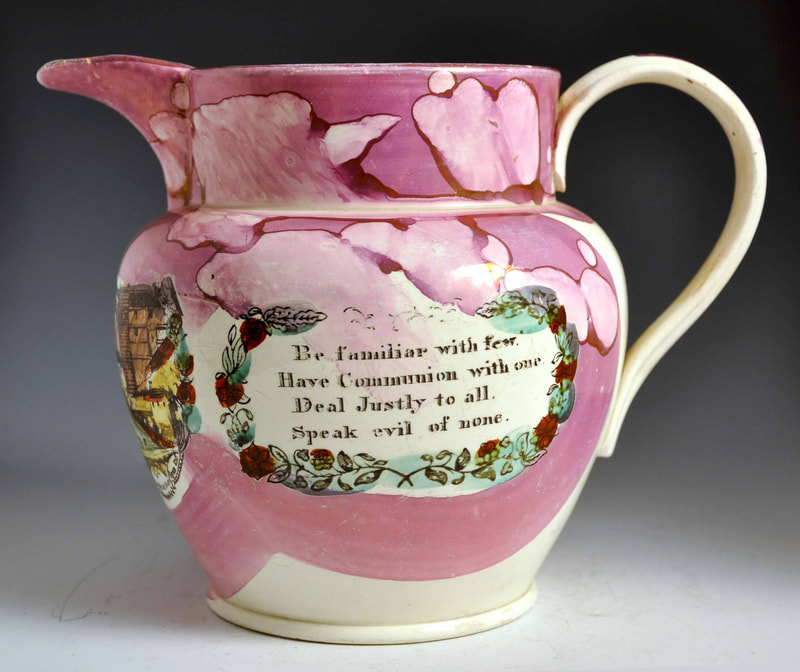